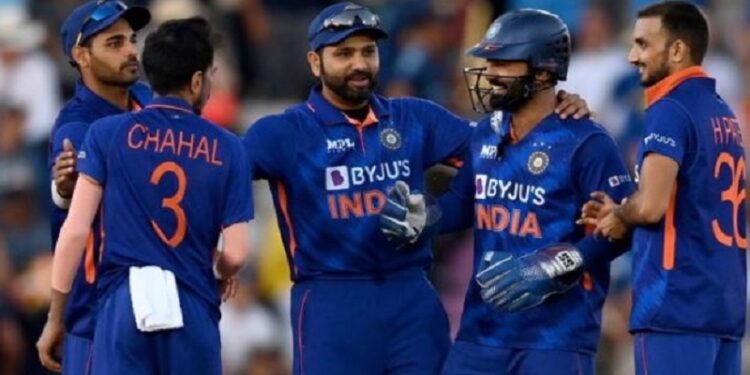 BCCI is all set to announce the Team India for next month’s T20 series against Australia. According to reports, the selectors’ meeting will be held next week to select the team. According to a report by Inside Sport, After T20 series it seems that the selectors can accommodate 18 players in the squad keeping in mind the preparations for the T20 World Cup.

According to the report, the squad is likely to be announced early next week. Team India has to be selected by September 16 for the T20 World Cup, which will begin in October. So now the chances of a big change in the team are very less.

Deepak Hooda can be picked in the squad as a backup all-rounder. Yujuvendra Chahal is also sure to get a place. Apart from this, Bhuvneshwar Kumar, Avesh Khan and Arshdeep Singh will also be included in the series against Australia.

Team India’s number one pacer Jasprit Bumrah is likely to return to the team. Currently, Jasprit Bumrah is working on his fitness at the National Cricket Academy. But selectors don’t want to take any risk on Bumrah’s fitness. So only if Bumrah is fully fit the selectors will give him a place in the team.

Players like R Ashwin, Harshal Patel, Deepak Chahar, Axar Patel and Ishan Kishan are likely to make it to Team India for the series against Australia. But it has become very difficult for these players to get a place in the playing XI.