by News Next Desk
in JOB INFORMATION 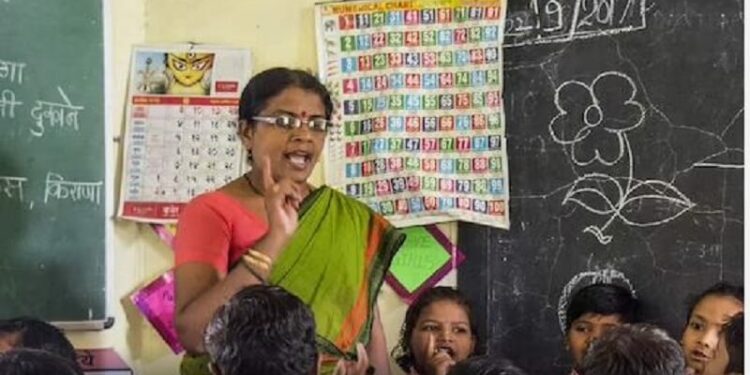 To ensure quality school education, Odisha government on Friday announced to fill up 7,540 vacant posts of teachers in various government high schools of the state. CM Naveen Patnaik led government has ordered the Odisha Staff Selection Commission to begin the recruitment process as soon as possible, said the statement released by the Chief Minister’s Office.

The recruitment process will fill up vacancies in around 4848 government high schools of the state, according to CMO. With a large number of teachers’ vacant posts, vacancy of TGT (Arts), TGT (PCM & CBZ), Sanskrit, Hindi, Urdu, Telugu, and Physical Education Teachers will be filled in the recruitment process.

The government is also focusing on enhancing the education system by transforming maximum number of schools. Currently, the government has set target of transforming 4800 more Odisha schools by December 2023. In the two selection processes held in previous year, around 13 thousand teachers were recruited and appointed in several government schools.

The state government is aggressively working to enhance its education infrastructure and system under is 5T initiative. Under the 5 T initiative, the government will lay emphasis on 5 Ts, which are team work, technology, transparency, transformation and time limit.

The progress of the modernisation of the education system will be measured on these five factors. Currently, the 5T initiative has been implemented in schools of Higher Education Department. The initiative will help the schools in achieving the much needed education infrastructure to improve their delivery of education service.

Pakistan Vs England will share trophy, No final in T20 world Cup 2022

LIC Scholarship Scheme 2022-23: students can get 10 to 20 thousand directly to your account

Pakistan Vs England will share trophy, No final in T20 world Cup 2022