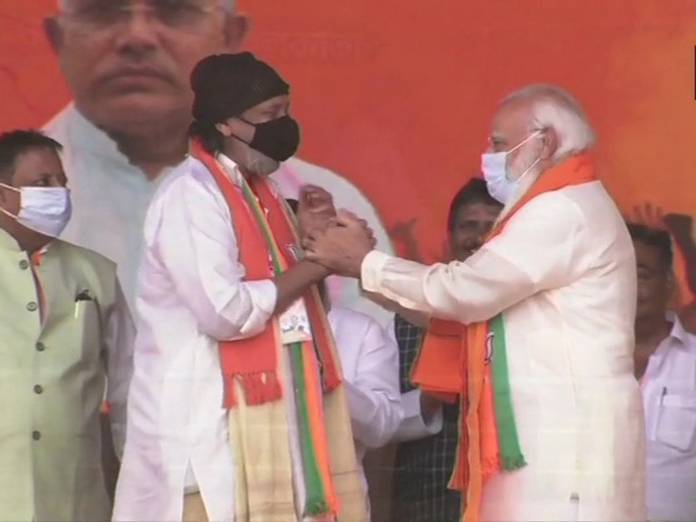 Chennai: Tamil Nadu Bharatiya Janata Party (BJP) chief L Murugan on Monday said that the central leadership of the party will decide about campaigning by actor Mithun Chakraborty in the poll-bound state.

“I had never imagined that I will be sharing the dais where the biggest leader of the biggest democracy our beloved PM Narendra Modi is about to speak. I always had a dream to work for the poor, downtrodden. Now, it is seen as being fulfilled,” he said at the Brigade Parade Ground in Kolkata. Chakraborty, 70, was a Rajya Sabha MP for the Trinamool Congress (TMC) for two years.

He resigned from the position in 2016 citing health reasons after his name surfaced in the Saradha ponzi scam. The 234-member Tamil Nadu assembly elections will be held in a single phase on April 6 and the counting of votes will be done on May 2.