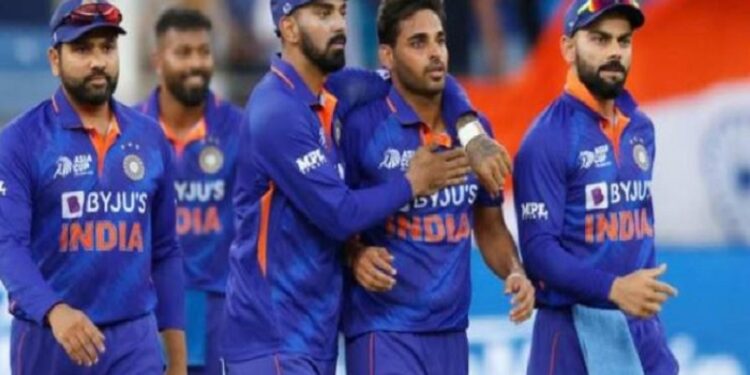 T20 World Cup 2022: The International Cricket Council (ICC) announced significant changes to cricket rules. As per the new rule, following a catching dismissal, new batters will be at the striker’s end even if the batters cross while the catch is taken. T20 World Cup 2022: ICC makes big change in cricketing rules. Although this adjustment has already been made at The Hundred in England, the new rule from the ICC goes into force on October 1.

This indicates that the regulation will be in effect for the upcoming T20 World Cup, which will be held in Australia from October 16 to November 13. In limited-overs cricket, crossing gives a new player a little bit more time to catch up, which may be essential in close games. “When a batter is out caught, the new batter will come in at the end the strike was, regardless of whether the batters crossed prior to the catch being taken,” the ICC said.

The use of saliva to polish the ball has also been banned by the International Cricket Council ICC. To stop the spread of COVID-19, the practice was temporarily outlawed. In addition, the ICC implemented restrictions on slow-over rates in one-day international matches in accordance with advice from the Marylebone Cricket Club (MCC).

“The ban on saliva use has been in place for over two years in international cricket as a Covid-related temporary measure and it is considered appropriate for the ban to be made permanent,” an ICC statement said. After a meeting of the ICC chief executives’ committee approved a number of rule amendments effective October 1, the running out of the non-striker will no longer be considered “unfair play”. The T20 World Cup will be the first big competition to use the revised rules of play.

Just like Twenty20 Internationals, teams that don’t bowl their entire allotment in the allotted time will be required to bring an extra player inside the 30-yard circle for the rest of the innings. Following the conclusion of the 2023 men’s World Cup Super League, this regulation will take effect. One of the other new rules says if fielders make any unfair and deliberate movements while the bowler is running in to bowl, the batting side can be awarded five penalty runs.

Also Read: After 17 years, England made a winning start on Pakistan soil