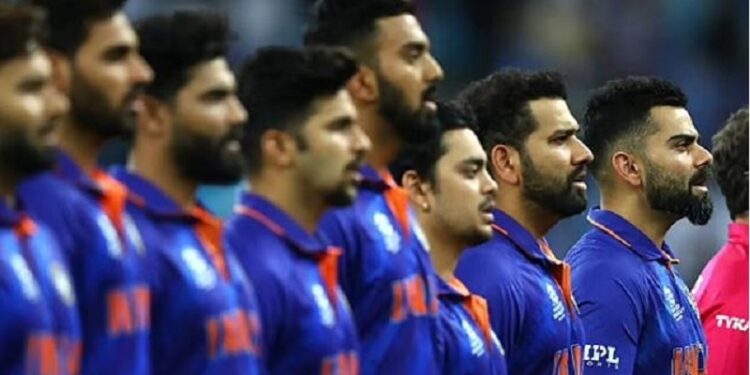 The ICC has given the nod to announce the teams for the T20 World Cup, which will start from October 16 in Australia. Accordingly, each team has to submit a list of 15 members by September 15. What is special is that it is reported that 13 players who are going to play for Team India have already been confirmed. Recently Team India captain Rohit Sharma also made a statement to confirm this.T20 WC India Squad: 13 players of Team India confirmed for T20 World Cup.

We have already set 80 to 90 percent of the squad for the T20 World Cup. Of course, there could be three-four changes depending on the conditions, Rohit Sharma recently said. Accordingly, it is now known that 13 players have almost reached the final. This means that most of the players of Team India who have qualified in the Asia Cup will also appear in the T20 World Cup. However, the question is who will play in the other two positions.T20 WC India Squad: 13 players of Team India confirmed for T20 World Cup.

Because injured Jaspreet Bumrah and Harshal Patel were out of the Asia Cup. It is still not certain whether these two players will play in the upcoming series. Before the T20 World Cup, the Indian team will play a series against South Africa and Australia. Only if these two pacers compete in these series, they can get a place in the T20 World Cup.

That is why it is reported that the BCCI selection committee has taken a wait-and-see strategy for 2 seats out of 15 members. That means if Harshal Patel and Jasprit Bumrah make a comeback, it can be said that they will get a place in the T20 World Cup.

Ishan Kishan, Shreyas Iyer and Sanju Samson, who are not selected for the Asia Cup, are likely to be included in the list of reserve players. Because these three players have the experience of playing on the Australian pitch, thus BCCI will give priority to experienced players in the list of reserve players. According to the current information, the list of 13 possible players of Team India to be selected for the T20 World Cup is as follows.

These 13 players are almost certain to be selected for the upcoming series against Australia and South Africa. Among these, players who show poor form may eventually be dropped from the team. Due to this, Rohit Sharma said that there may be three-four changes depending on the conditions.

Jasprit Bumrah and Harshal Patel can also get a place in the team if they recover from the injury. BCCI is planning to form a strong 15-member team through this.

These series will start in September. First, they will play a 3-match T20 series against Australia. The series will be played in India on September 20, 23 and 25 in Mohali, Nagpur and Hyderabad respectively.

The main point to note here is that Team India will play 6 T20 matches in just 13 days against Australia and South Africa. The T20 World Cup will start from October 16. Team India’s series will end on October 11.

That means after facing two strong teams within 2 weeks, Team India will go to T20 World Cup. Through this, Team India has made a master plan at home to face the speed and bouncer balls on the Aussie pitch.