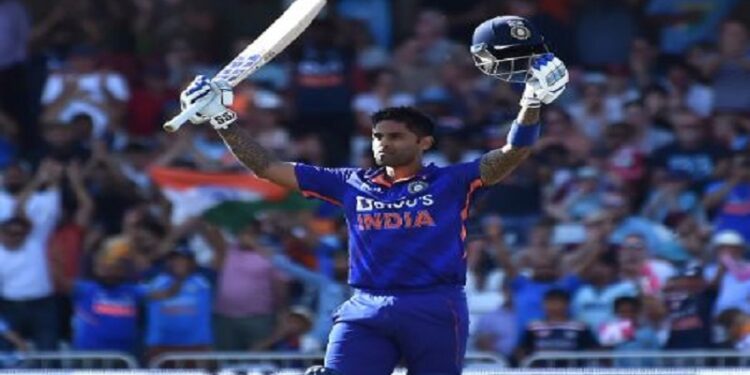 It was raining incessantly in Wellington and it was not possible to step on the field. The match was later called off without a single ball. Thus, both the teams were under pressure to win both the remaining two matches to clinch the series. But finally, due to Suryakumar Yadav’s explosive century and the attack of Team India pacers, Hardik Team won the second T20 match.

Tim Southee, a seasoned bowler for New Zealand, claimed a hat-trick in the second Twenty20 International match between India and New Zealand. However, Suryakumar Yadav shone again and powered his team to a commanding 191-6 on November 20 at the Bay Oval in Mount Maunganui.

This was Tim Southee’s second hat-trick in a T20I match after achieving the feat against Pakistan in 2010. In the final over of the Indian innings, Southee dismissed Indian skipper Hardik Pandya, Deepak Hooda and Washington Sundar with consecutive deliveries to claim the hat-trick.

Yadav maintained his unbeaten record with a 51-ball 111 that included seven sixes and eleven fours, his second hundred in T20 Internationals. The first T20 match of the three-game series was called off in Wellington without a bowl being thrown.He has become the first Indian to score 1,000 T20 runs in a calendar year, improving his career strike rate to an extraordinary 181.64 in the process.

This was his seventh time past 50 in 11 innings, helping India recover from a modest start after being sent in to bat in damp conditions.Opener Ishan Kishan provided the next-highest Indian score with 36 off 31.

Suryakumar ensured the run rate accelerated as the innings progressed and the last two overs provided the most action of the innings.Lockie Ferguson conceded 22 in the penultimate over, all from the bat of Suryakumar, who reached his ton in the process.

iPhone 15 series : Surprising information about the Features and specifications