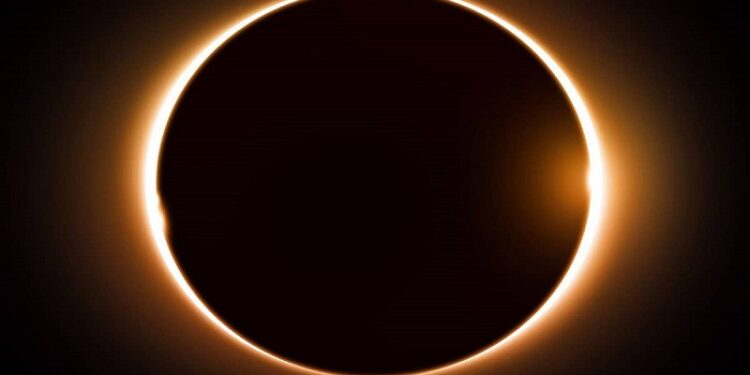 Pacific and Atlantic oceans, and most of the Antartica but will not be visible from this part of the world, astrophysicist and the former director of M P Birla Planetarium Debi Prasad Duari said. It is said that the Surya Grahan will be visible across parts of the Southern Hemisphere.

It is important to note that the partial eclipse on Saturday is coinciding with what is known as the ‘Black Moon’. Taking about the celestial phenomenon in India, the former director of MP Birla Planetarium said the maximum solar eclipse for India will be around 2.11 am on May 1 and end at 4.07 am.

As it will be nighttime here hence no one will be able to see the cosmic event, he said. Duari said, however, Kolkata and its neighbourhood can witness the next partial solar eclipse falling on October 25 and the partial lunar eclipse on November 8. The degree of the eclipse visible from Kolkata will be small as the obscuration of the solar disc will be at the most 4% at the maximum, he said.

Meanwhile, the second and final solar eclipse of 2022 will also be a partial eclipse, and it will occur on October 25. The next total Surya Grahan is slated to happen on April 8, 2024, and will be visible across North and Central America.