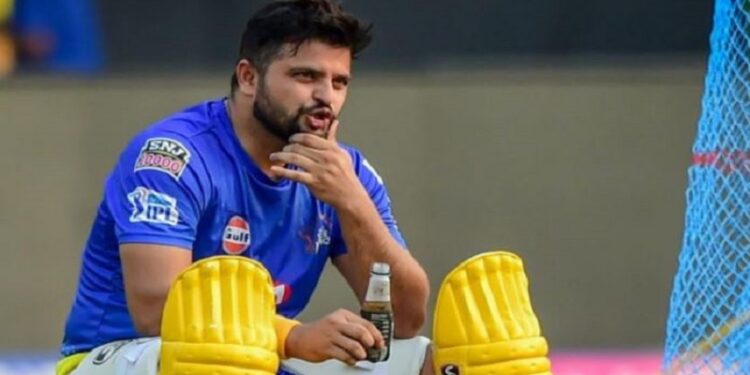 Power hitter Suresh Raina of Mr IPL fame is planning to make a comeback in Indian Premier League. Raina, who is determined to play in the IPL next year, has started training wearing the jersey of the Chennai Super Kings team. Suresh Raina will enter CSK for IPL 2023, started practice with New Jersey.

In 2021, Suresh Raina was dropped from the Chennai Super Kings franchise (Chennai Super Kings CSK). Raina was not bought by any team in the subsequent IPL player auction. Thus, Raina appeared as a commentator in IPL. Raina, who aims to play in the 2023 IPL (Indian Premier League IPL), has started practicing again, and it is special that he is practicing wearing the jersey of the CSK team that ignored him.

The fact that Raina practiced wearing the jersey of Chennai Super Kings team is appreciated by the cricket lovers. A cricket fan tweeted that this is raining rain on the CSK franchise. Suresh Raina Big Plan for IPL Comeback Practice in CSK Jersey. There are many reasons for Suresh Raina to cut ties with Chennai Super Kings. But instead, Raina is practicing wearing a CSK jersey. It’s a testament to Raina’s discipline on the team,” tweeted a fan of the Chennai team. While Suresh Raina is practicing, his wife Priyanka Raina is also on the field and giving moral support to her husband.

The 35-year-old left-handed batsman Suresh Raina played for Chennai Super Kings for a total of 12 years from 2008. Raina, who was the trusted player of CSK captain MS Dhoni, Suresh Raina played a crucial role in the IPL for the CSK team to win the IPL trophy four times and the Champions League tournament twice. Raina, who has played a total of 205 IPL matches in his career, has scored 5,528 runs at an average of 32 with 1 century and 39 fifties at an excellent strike rate of 136.7.