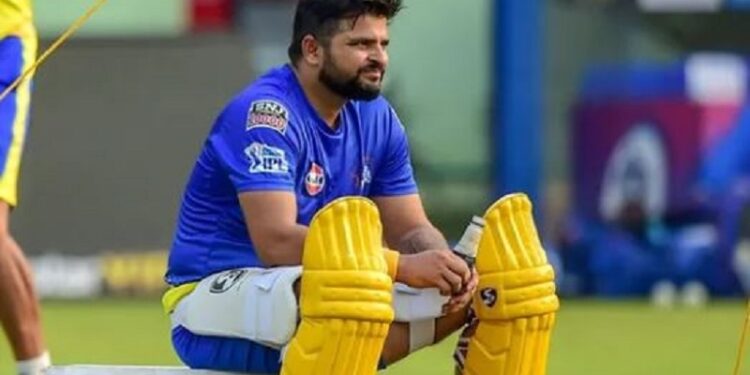 Former Team India player and Chennai Super Kings (CSK) Suresh Raina has announced his retirement from all forms of Indian cricket. Raina wrote about this on Twitter, “It is an honor to represent my country and the state of Uttar Pradesh. Suresh Raina goodbye to Indian cricket: Ready to fly foreign league. I would like to announce my retirement from all forms of cricket. “I would like to thank BCCI, UP Cricket, CSK, Rajeev Shukla and all the fans and friends who have supported me,” he wrote.

5528 runs in 200 matches. CSK Suresh Raina is still one of the most successful cricketers in IPL history. His contribution to Chennai Super Kings was immense. Such Raina has now said goodbye to all forms of cricket and is preparing to fly abroad. IPL 2020 was held in UAE due to covid suddenly Raina returned to the country halfway through the tournament.

CSK did not intend to retain Mr. IPL in the mega auction of IPL last year. Besides, the rest of the franchisees also did not offer to buy Suresh Raina. Now Sure Raina, who has been credited with all sorts of ties with Indian cricket, is stepping into a foreign league. Sources says that Suresh Raina has taken this decision to play in a foreign league.

Because according to the rules of the Indian Cricket Board, if a player is playing in the leagues organized by BCCI or in domestic cricket, he cannot play in another foreign league. This marquee batter of IPL will no longer feature in the Millionaire League. Raina’s fans are eager to see him in South Africa or UAE T20 league.