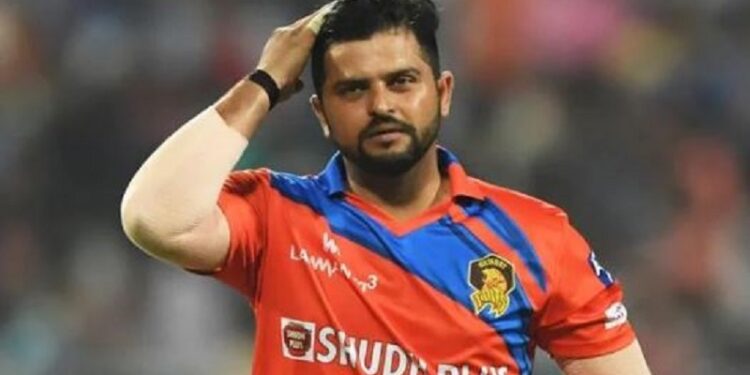 Team India superstar, left-handed batsman Chennai Super Kings (CSK) all-rounder Suresh Raina on Tuesday said goodbye to all forms of cricket by announcing his retirement from domestic cricket as well. It is known that Suresh Raina, who is not playing for any team in the IPL 2022 season, is making all preparations to play in a foreign T20 league. Suresh Raina can play for these 4 Franchises after IPL Retirement.

CSK all-rounder Suresh Raina, who has posted a video on her latest Instagram account, has started practicing hard. After his hero and best friend MS Dhoni announced his retirement from international cricket, Suresh Raina, who also said goodbye to his international cricket career, was left out of the CSK team in the last IPL and failed to win the hearts of any franchise.

Mr. IPL Suresh Raina, who was not wanted by any franchise in the last IPL auction, has picked up the bat again when he has to say goodbye to all forms of cricket. This left-handed batsman has started practicing hard to appear in foreign T20 leagues, if not playing IPL. Suresh Raina holds many records in T20 cricket. He is one of the best batsmen of all time in IPL as well. He was a member of the four-time IPL trophy winning Chennai Super Kings (CSK) team.

He is the first Indian player to score 6000 and 7000 runs in his T20 career. First cricketer to complete 5,000 runs in IPL. With 5528 runs in 205 IPL matches, Suresh Raina is the fifth highest run-scorer in the history of the league. He also has 39 fifties and one century in his name. Suresh Raina, who has consistently scored more than 400 runs in the first seven seasons of the IPL, has also earned the title of Mr. IPL.

Suresh Raina can play for these franchises:

One of the foreign T20 franchises CSK all-rounder Suresh Raina can play for is Sri Lanka Premier League (LPL) side Jaffna Kings. Jaffna team is good and looking for a good middle order batsman and captain. Shoaib Mallick and Dhananjaya de Silva are the only middle-order batsmen in the team and Suresh Raina joining this team can strengthen the middle order and lead the team.

Another franchise of the Lankan Premier League, Kandy Falcons, may also try to bring Suresh Raina into the team. Like Jaffna Kings, this team also lacks quality middle-order batsmen. Currently, Vahindu will lead the Hasaranga team. Despite having all-rounders in the squad, the team is looking for a good batsman in the middle order and Raina can fill that slot.

Mumbai Indians is one of the Indian-based franchises to have a franchise in the South African T20 League, which is modeled after the IPL. It is no surprise that Mumbai, which is one of the six franchises, lost to Indian batsman Suresh Raina in Cape Town. In the current squad, Dewald Brevis of Mumbai Indians’ Baby ABD fame is the only good batsman in the middle order, England explosive player Liam Livingstone, Afghanistan’s mystery spinner Rashid Khan have signed for the Mumbai Cape Town franchise. So if Suresh Raina also joins the team it can be a good add on.

Also Read: India Vs Australia 2022: Team India’s next series schedule is as follows

Another team that Suresh Raina can reach out to is Joburg Super Kings, owned by Chennai Super Kings. Raina, who has served Chennai Super Kings a lot in the IPL, played an important role in CSK winning the title. In this case, there is a high possibility that Raina will appear in the South Africa T20 League team of the CSK franchise. Because Raina can emerge as a good middle-order batsman. However, given the rumor that there is a rift between Raina and CSK, doubts have arisen about this.