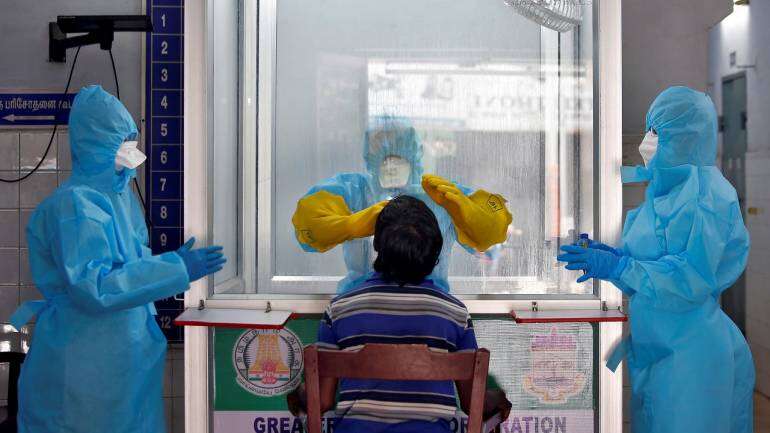 Thiruvananthapuram: The Sree Chitra Tirunal Institute for Medical Sciences and Technology (SCTIMST) here has developed a much cheaper and faster diagnostic test kit (Chitra Gene LAMP-N) which is highly confirmatory for the diagnosis of COVID-19 that has claimed over 400 lives in the country.

The test kit can detect the “N Gene of SARS COV2 using reverse transcriptase loop-mediated amplification of viral nucleic acid (RT-LAMP). We are not aware of anybody else in the world doing lamp for N gene for corona virus, Institute Director,” Dr Asha Kishore told. This technology is much cheaper, faster, can check 100 per cent matching with PCR (Polymerase chain reaction) and accuracy. It will be very easy to deploy it across the country, being very cost effective, she said.

This will be one of world’s first few if not the first confirmatory diagnostic test for N gene of SARS-CoV-2 using the RT-LAMP technique. The test kit which is highly specific for SARS-CoV-2 N-gene can detect two regions of the gene which will ensure that the test does not fail even if one region of the viral gene undergoes mutation during its current spread,” a press release from the institute said. The institute has informed the Indian Council of Medical Research (ICMR) about the test kit and is awaiting approval. Using Chitra Gene LAMP-N, the gene detection time is 10 minutes and the sample to result time (from RNA extraction in swab to RT LAMP detection time) will be less than two hours, she said, adding 30 samples can be tested in a single batch in a single machine.

The significantly lower machine waiting time will allow large number of samples to be tested each day in a single machine in multiple shifts, she said. The kit was developed by a team led by Dr Anoop Thekkuveettil, a senior Scientist of the Biomedical Technology wing of the Institute and scientist-in-charge of the division of molecular medicine under the Department of Applied Biology, in the last three weeks.

The new device for LAMP testing costs around Rs 2.5 lakh and the test kit for two regions of N gene(including RNA extraction) will be less than Rs 1000/test, while the RT PCR machine costs around Rs 15 lakh to Rs 40 lakh and the PCR kit cost is Rs 1900-2500/test. The testing facility can be easily set up even in the laboratories of district hospitals with limited facilities and trained laboratory technicians, Dr Asha said. The institute had developed the technology for detection of TB-Bacteria in 2018-19 and was awaiting multi-centre clinical trials in India in March 2020, when the coronavirus struck. Dr Asha said it was then they decided to see if this technology could be used for detecting coronavirus.

It took them only 14 days as most of the technology was validated and kept, only the organism was different, she said. “We had to design the primer RNA. The microorganism is different– one was a bacteria, while COVID-19 was a virus.” The Microbiology department developed the primers to pick up the RNA of the virus.

Certain things had to be re-done to make sure the gene would pick up the same technology by the primers designed here, she said. The technology was transferred for manufacture to Agappe Diagnostics Ltd, based in Ernakulam, a leading company in In vitro diagnostics with national and international operations, and an already established partner of the Institute in the segment of in vitro diagnostics. According to her, with the validation results from NIV. ET Reported.

Agappe Diagnostics will apply to Central Drugs Standard Control Organisation (CDSCO) for license to manufacture the kits. The company has already applied for funding from the DST’s Technology Development Board for manufacture. The Institute has also allowed waiver of the license fee to encourage any industry which takes its technologies to manufacture such products to meet the immediate needs of the country.

Be careful before buying a pizza!! 72 families were under quarantine for pizza-ordering

Be careful before buying a pizza!! 72 families were under quarantine for pizza-ordering