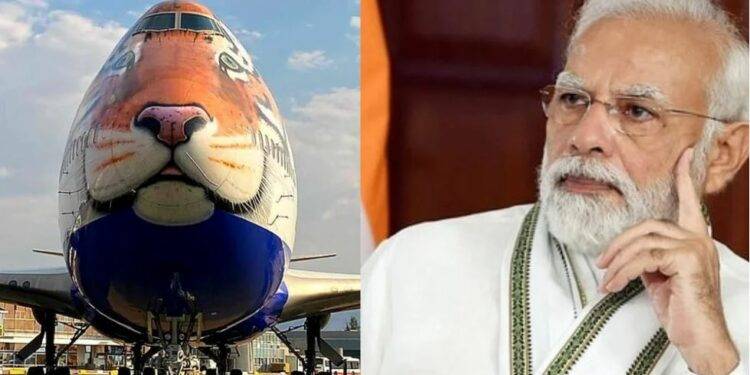 Eight leopards, five females and three males, will be brought to Jaipur in Rajasthan on September 17 in a cargo plane as part of the inter-continental translocation project. They will be taken by helicopter from Jaipur to their new home at Kuno National Park in Madhya Pradesh’s Sheopur district. Special flight for 8 leopards ready to come to India on Narendra Modi’s birthday.

Prime Minister Narendra Modi will release these leopards to Kuno National Park in Madhya Pradesh on his birthday on September 17. The plane that brings the leopards to India has security cages in the main cabin. But during the flight the leopard is given permission by vets.

A picture of a tiger has been painted on this aircraft. The aircraft is an ultra-long range jet capable of flying for up to 16 hours and can fly directly from Namibia to India without stopping for refueling, important arrangements have been made for the well-being of the cheetahs. A senior official of the Indian Forest Department said on Tuesday that the leopard cannot consume any food until it arrives in India.

Such precaution is necessary as long journeys can cause nausea and other health problems in animals, he said.

The last spotted leopard died in 1948 in Sal forest in Koria district of Chhattisgarh. It is one of the historical ideas in the country since 1970s. Government of India has signed an agreement with Namibia to bring this species of leopards to India. A special bird has touched the land of the brave to carry goodwill ambassadors to the pulse of the tiger,” India’s High Commission in Windhoek tweeted on Wednesday.