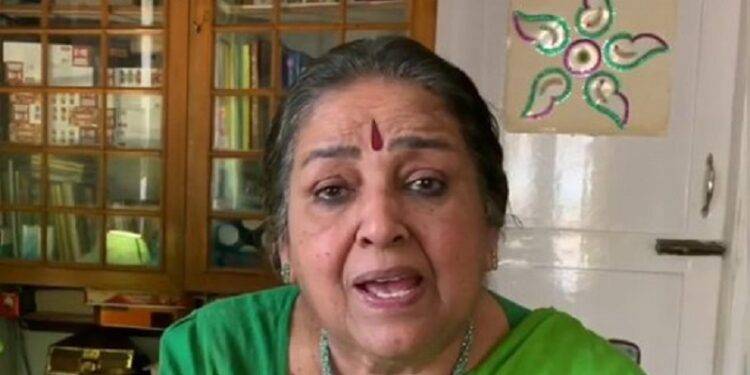 Chennai: Singer Kalyani Menon, who worked in the South film industry during the 90s with music directors like AR Rahman, Ilaiyaraaja, M Jayachandran and Govind Vasantha, among others, died today (August 2) in Chennai.

She was 80. Indian cinematographer Santosh Sivan took to Twitter to offer condolences to the family. She rose to fame with the Malayalam film Dweepu, directed by Ramu Kariat. Soon after, she sang in Malayalam, Telugu and Tamil films.

Indian cinematographer Santosh Sivan took to Twitter to pay tribute to the singer and offer condolences to her family. He wrote, “Legend Classical singer Smt Kalyani Menon. RIP She is mother of Rajiv Menon , my deep condolences to the family (sic).”