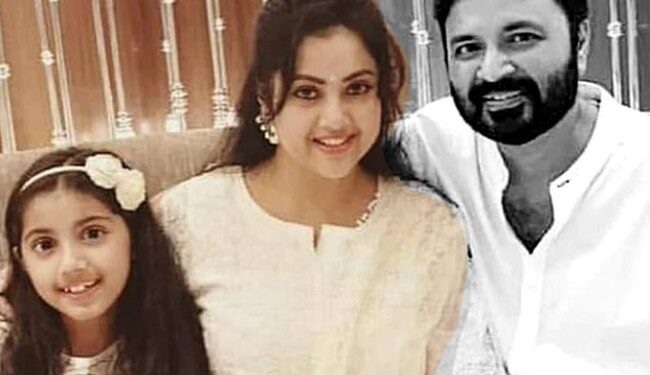 Kannada famous movie swathi Muthu actress Meena is one of the most popular actresses in the South india. She got married to Vidyasagar in a traditional ceremony in 2009. Yesterday (June 28) evening, Meena husband dead. He was 48 years old. He wasn’t keeping well ever since he got infected by Covid-19 in March.

His cremation will take place today (June 29) at 2 pm in Besant Nagar, Chennai. Vidyasagar is survived by Meena and his daughter, Nainika (who made her acting debut with Theri). Meena’s friends, fans and colleagues from the film industry were shocked to hear about Vidyasagar’s demise.

Sarathkumar, who had acted with Meena in several films, took to Twitter to pay last respects to Vidyasagar. His tweet read, “It is shocking to hear the news of the untimely demise of Actor Meena’s husband Vidyasagar, our family’s heartfelt condolences to Meena and the near and dear of her family, may his soul rest in peace (sic).”

Meena started her career as a child artiste and did movies as a heroine with all leading heroes in the 90s and 2000s. Today, she does character roles in Tamil, Telugu and Malayalam films. She was last seen in Mohan Babu’s Son of India.