Sorry, i don’t know it was a medicines for corona: Thief returns 1,700 doses of Covid vaccine 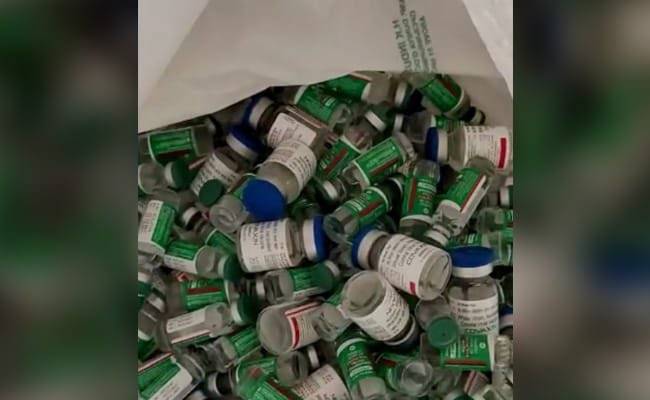 Haryana: A thief who had fled with a bag containing over 1,700 doses of COVID-19 vaccine on Thursday in Haryana’s Jind later had a change of heart. The unknown accused returned the haul and also left a note saying he didn’t know about the contents of the bag while whisking it away.

“Sorry, I didn’t know it was medicines for corona,” the thief wrote in Hindi in the note attached to the returned bag full of Covishield and Covaxin doses.

The accused has not been identified yet. The cops assured that efforts are underway to locate the suspect. The bag full of Covishield and Covaxin doses was stolen from the storeroom of Jind General Hospital.

At around 12.30 pm on Thursday, the man returned with the bag and gave it to a man at a tea shop outside Civil Lines police station. The unidentified suspect told the man that he was delivering food for the cops and ran on the pretext of running an errand.

The cops suspected that the man stole the vaccines as he assumed they were Remdesivir vials.