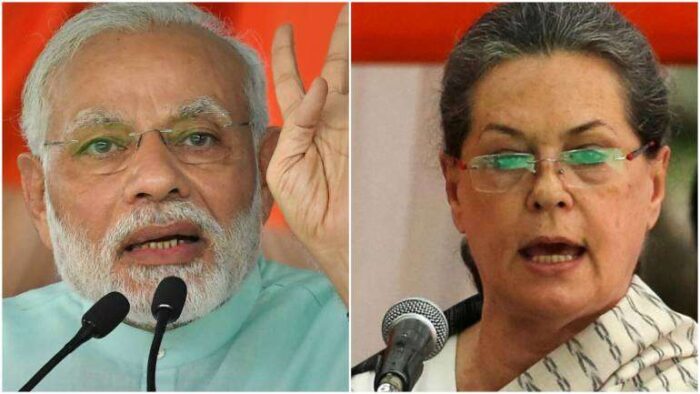 Including a complete ban on media advertisements by government and PSUs for two years and suspending the Central Vista beautification project.The suggestions came after Modi reached out to several opposition leaders, including Gandhi, on Monday.

In her letter to the prime minister, Gandhi also called for ordering proportionate reduction of 30 per cent in expenditure budget (other than salaries, pensions and central sector schemes) for the government of India. All foreign visits of the president, prime minister, Union ministers, chief ministers, state ministers and bureaucrats must be put on hold, she said.

The Congress chief called for transferring all money under the ‘PM Cares’ fund to the ‘Prime Ministers National Relief Fund’ to ensure efficiency, transparency and accountability. Asserting that the need of the hour is austerity measures to divert funds to the fight against COVID-19, she said, Impose a complete ban on media advertisements – television, print and online – by the Government and PSU’s for a period of two years. Live mint Reported. Gandhi also called upon the PM to suspend the ₹20,000 crore Central Vista beautification and construction project forthwith. I am certain that Parliament can function comfortably within existing historical buildings, she said.