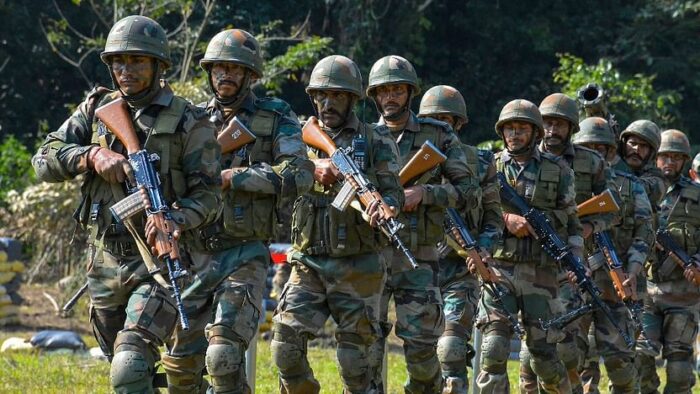 New Delhi: The situation continues to remain tense along the 3,488km-long Line of Actual Control, with both the Indian and Chinese armies fully deployed, air bases activated, and the navy on standby, following the June 15 face-off in the Galwan sector.

Though the situation has not escalated since the Galwan incident, the Chinese People’s Liberation Army (PLA) is continuing troop accretion with support elements on standby, Indian officials familiar with the matter said. The Indian Army positions are also being beefed up in response to the PLA build-up in the Xinjiang and Tibet regions, and the air forces of the two sides are keeping surveillance watch on each other, the officials added. One of them said on condition of anonymity that Indian military commanders have issued instructions to use force if PLA troops cross the Galwan nullah to attack the Indian Patrol Post 14.

The PLA has amassed troops across the nullah, and both sides are holding ground, he said. The situation on ground is no different from June 16, with the two armies not thinking in terms of disengagement at the moment along the lines of the June 6 framework laid down in a Lt General-level meeting. Senior Indian military commanders are watching the PLA movement in the Aksai Chin region, while the ministry of external affairs is trying to search for a diplomatic solution.

“The situation has cooled to a little extent, but de-escalation appears to be a long haul due to the position China has taken on the Galwan Valley,” said a senior Indian diplomat. Military watchers said they were shocked by the level of aggression on social media on both sides of the border with several people asking their respective armies for retribution. “All those asking for revenge are war mongers who do not have any idea of destruction a war between two nuclear nations can cause.

If the Indian or Chinese soldiers had not obeyed the 1996/2005 military protocol for the LAC on June 15, there would have been carnage leading to a vertical escalation all across the border with immediate violence on nearby patrolling point 15 and 17,” said a former Indian Army chief.