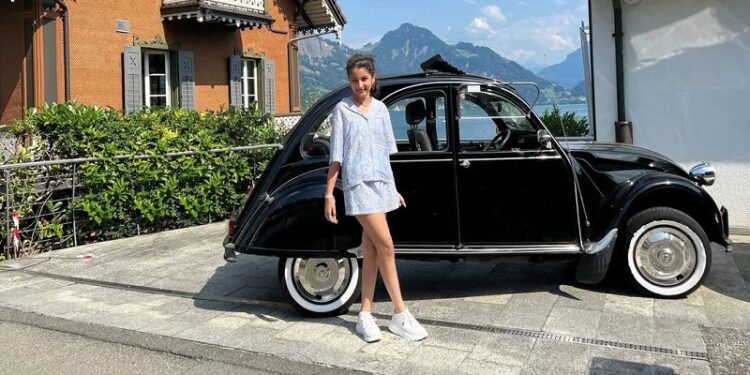 Mahesh Babu’s daughter Sitara is very active on social media. She got a lot of popularity because of being a star kid. Fans are waiting for her new photos to share. Sitara Ghattamaneni: Mahesh Babu daughter shines in cute photo.

Sitara is now 10 years old. She is already recognized in the film industry. She appeared in the promotional song of the film ‘Sarkaru Wari Pata’.

Sitara has a YouTube channel. Through this she interviews many celebrities. This is also why Sitara is famous.

Fan wars between Mahesh and Vijay fans hit the bullseye

Since yesterday fan war between Tollywood star Mahesh Babu and Tamil star Vijay fans is a trending topic on Twitter. While Vijay fans are flipping collars saying that even their hero’s flop film will collect Rs 200 crore at the box office, Mahesh fans are teasing the opponent camp saying Vijay’s career is built on Telugu remakes and without remakes Vijay’s stardom is almost zero.

The other hero fans in Tollywood are seen supporting Mahesh fans and are even supporting negative trends such as #NationalTrollMaterialVijay and #BoyCottLesbianVijay on Vijay. In the entire fan war episode, Mahesh fans are dominating as Vijay fans are left with no other positive point except for showcasing Vijay as best dancer compared to Mahesh Babu. Now, this fan war between Mahesh and Vijay fans is one of the happening topics on social media. Have to wait and see where will this war of words go and stop further.