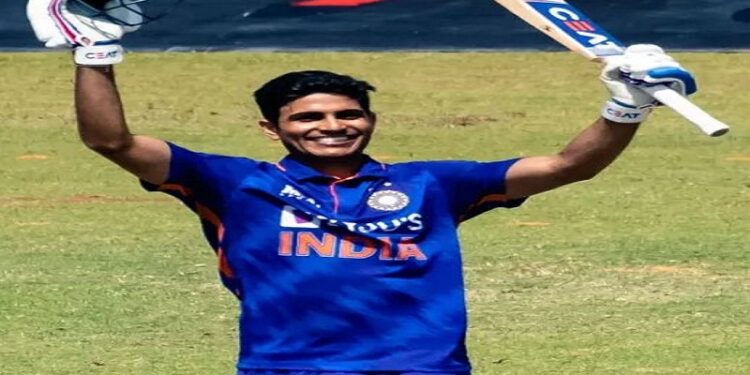 Shubman Gill, the future star of the Indian team, has scored his first century in international cricket. In the 3rd one-day match against Zimbabwe (India vs Zimbabwe ODI Series), Shubman Gill, who came to the crease at number 3, completed his maiden century in just 82 balls.

Gill, who opened the innings and scored an unbeaten 82 runs in the first match of the three-match series, scored 33 runs at number 3 in the second match. The 23-year-old Punjabi batsman, who shone again in the 3rd match, blasted an explosive 130 off 97 balls with 15 fours and a six. By that, he once again proved that he is the future star of Indian cricket.

Shubman Gill, who was brilliant in the last 3-match ODI series against West Indies, scored a total of 205 runs in 3 matches with two fifties. Gill, who scored an unbeaten 98 in the 3rd match, missed his maiden century by just 2 runs. Now they have grabbed it in the last match of the One Day International cricket series of the tour of Zimbabwe.

Yuvraj Singh, the legendary cricketer of Punjab, congratulated the Punjab player who is celebrating his first century on Twitter.

23-year-old right-handed batsman Shubman Gill is India’s Under-19 World Cup hero. Gill scored 372 runs at an amazing average of 124 with a century and 3 fifties from 6 matches in the Junior World Cup tournament held in New Zealand in 2018. He was responsible for India reaching the final by scoring a magnificent century in the semi-final match against Pakistan.