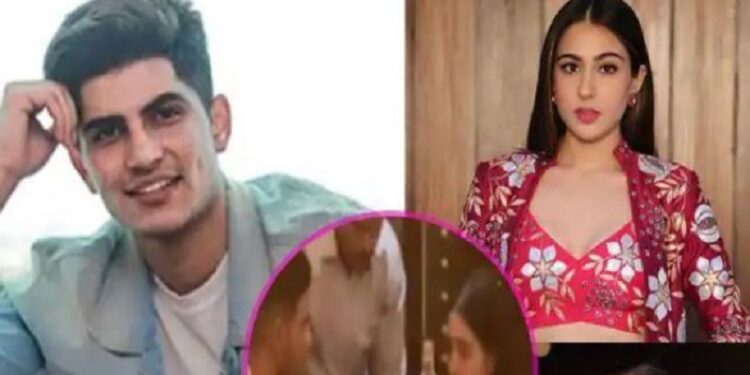 India’s young cricketer Shubman Gill is back in the news. But this time the only difference is that it is not because of their attractive batting. That means this time Gill has appeared in the limelight due to the new spouse issue. Previously, there were rumors that Gill and Sachin Tendulkar’s daughter Sara Tendulkar are dating, But now with Sara Ali Khan. Shubman Gill Dating with Star Actor’s Daughter.

Sara Ali Khan and Shubman Gill are currently in London and were seen together in a restaurant. This video has been leaked on social media and it is rumored that Gill has fallen in love with a Bollywood actress.

What is special is that Sara is 5 years older than 22-year-old cricketer Shubman Gill. That’s why many people on social media are wondering if the young player of Team India is dating a 27-year-old Bollywood actress.

Shubman Gill, who recently caught everyone’s attention with his excellent performance against the West Indies and Zimbabwe, is now in the news for his love affair. What is special here is that this time also with the name Sara.