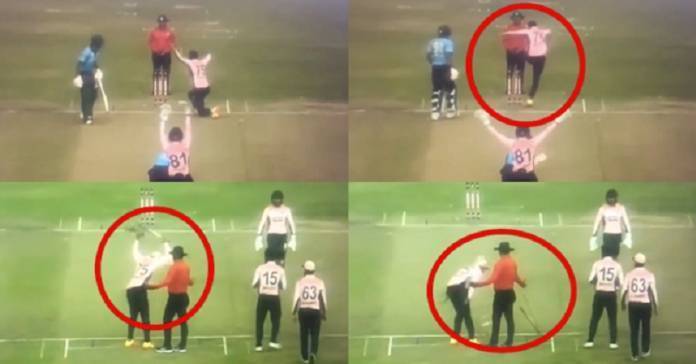 Bangladesh’s premier all-rounder Shakib Al Hasan has shown some questionable behavior on the field during his career in cricket. There is a video doing round on YouTube where Shakib is seen arguing and almost threatening an umpire during a domestic match.

The incident happened in the match between Mohammedan Sporting Club and Abahani Limited. Shakib, playing for Mohammedan, appealed for an lbw against Mushfiqur Rahim, his Bangladesh teammate. When the decision was overturned, Shakib charges to the umpire and kicks the stumps in frustration.

Soon after, Shakib once again loses his cool and uproots the stumps and throws them away while arguing with the umpire when play was called off in the sixth over, with one ball remaining too.