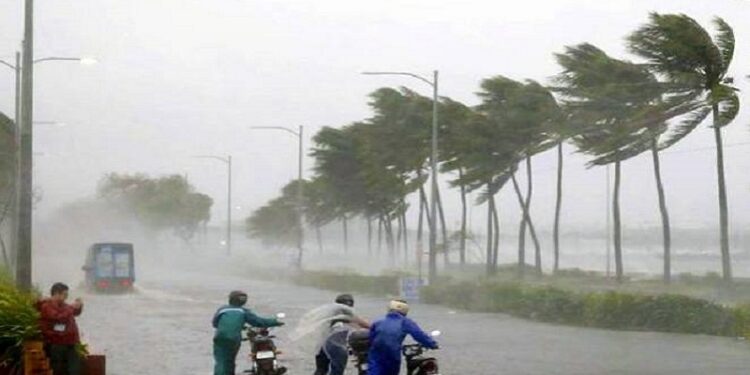 Flights of various airlines from Hyderabad, Mumbai, Chennai, and Vijayawada were cancelled. With ‘Asani’ moving closer to the Andhra Pradesh coast, parts of the coastal region are experiencing gusty winds and rains. Cyclone Asani is likely to move nearly northwestwards till the night of May 10 and reach westcentral Bay of Bengal off North Andhra Pradesh coast and the adjoining Odisha coast.

It is likely to trigger heavy to very heavy rainfall alert in the coastal region from Tuesday. It is also likely to recurve north-northeastwards and move towards northwest Bay of Bengal off the Andhra Pradesh and Odisha coasts. According to the latest weather update, as of 2.30 am on May 10, Cyclone Asani laid centered over westcentral and adjoining southwest Bay of Bengal.

It is 330 km southeast of Andhra’s Kakinada and 510 km south-southwest of Odisha’s Gopalpur coast. “The Severe Cyclonic Storm ‘Asani’ (pronounced as Asani) over West central and adjoining southwest Bay of Bengal moved west-north-westwards with a speed of 07 kmph during past 06 hours and lay centered at 0230 hours IST of today.