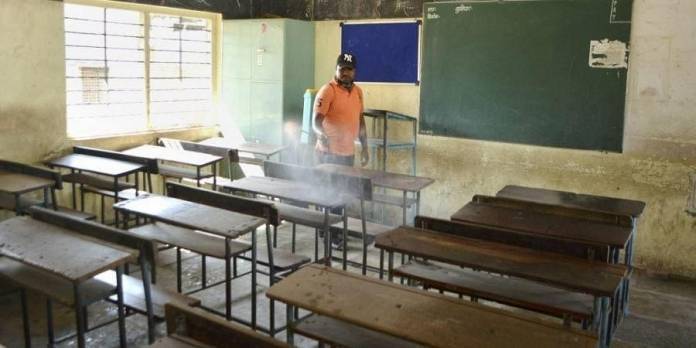 Nagpur: Schools, colleges and coaching classes will remain closed till March 7 in Maharashtra’s Nagpur city amid a rise in the cases of the coronavirus disease (Covid-19), state power minister Nitin Raut announced on Monday.

Main markets will also remain shut on weekends, Raut said but added that hotels and restaurants will run with 50% capacity. “Hotels and restaurants can run at 50% capacity and marriage halls will be closed after February 25 till March 7,” Raut, who is also the guardian minister of the city, said. On Sunday, Covid-19 cases in Nagpur rose by 626 to reach 143,133 and eight deaths and 455 recoveries were also reported.

The death toll in the district stands at 4,275 and the recovery count stands at 132,861, leaving it with an active caseload of 5,997. According to the state government, Nagpur, Pune, Nasik, Wardha, Yavatmal, Amravati, Akola and Buldhana have reported an average spike of 8% in the new cases of coronavirus in the last week. While Wardha and Yavatmal already have lockdown and curfew in place, new curbs were announced for other districts of the state on Monday. Amravati district in the Vidarbha region, one of the worst Covid-19 hit areas in the state, will be under a week-long lockdown from 8pm on Monday till March 1.

All shops, except those dealing in essential commodities, will remain shut during the lockdown period. District authorities in Pune have also decided to impose a night curfew from 11pm to 6am. Schools, colleges, and other educational institutions in Pune have also been shut till February 28