School closed in Karnataka these 3 districts Amid Covid cases surge 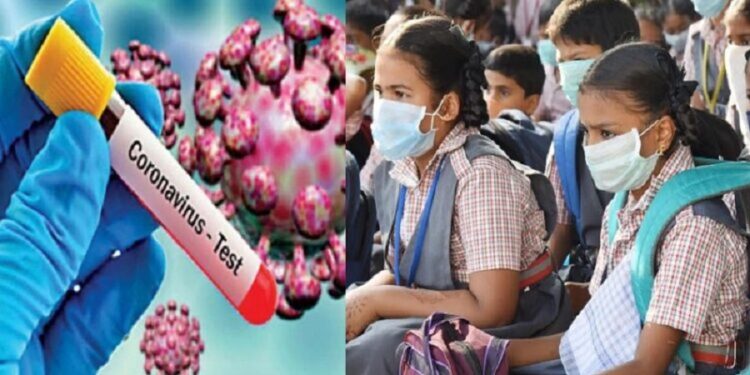 Amid rising number of cases for COVID-19 among school children in districts, other than Bengaluru Urban, the Karnataka government has authorised Deputy Commissioners of respective districts to take a call on School closed, including residential schools closed, and colleges in taluks. School closed in Karnataka these 3 districts Amid covid cases surge

They will have to arrive at suitable School closed decision based on the number of cases after consultation with Health and Education Department officials in the district. Chief Minister Basavaraj Bommai, who chaired a meeting on COVID-19 situation in the State with Cabinet Ministers and Technical Advisory Committee on Tuesday, authorised Deputy Commissioners to decide on School closed and colleges closed n taluks in their districts depending on the number of cases.

On January 4, the government had issued guidelines of School closed classes, except for Class X, XI, and XII in Bengaluru Urban district. As daily COVID-19 cases breached the 500 mark on Tuesday, Deputy Commissioner Bagadi Gautham declared School closed in Mysuru city and taluk from Wednesday as a precautionary measure. School closed across the city and the taluk from LKG to Class X will remain suspended till further orders.

However, the order School closed will not apply to schools in other taluks of the district as the Deputy Commissioner has instructed them to continue physical classes complying with the COVID-19 guidelines. Even anganwadi centres will remain closed from Wednesday until further orders. The Deputy Commissioner has instructed schools to conduct online classes for the students.

Effect of high positive rate Belagavi Deputy Commissioner M.G. Hiremath has issued orders to School closed from first standard to ninth standard from January 11 to 18 in Belagavi district. All schools run by the Union and State Governments and private managements will remain School closed. All residential schools will also be closed.

Today, Karnataka reported another spike with over 14,000 fresh cases with over 10% positivity and five fatalities in the past 24 hours. The state had reported 11,698 cases on Monday. Of the new cases on Tuesday, 10,800 were from Bengaluru Urban that saw 840 people being discharged and 3 deaths. The total number of active cases across the state is now 73,260.