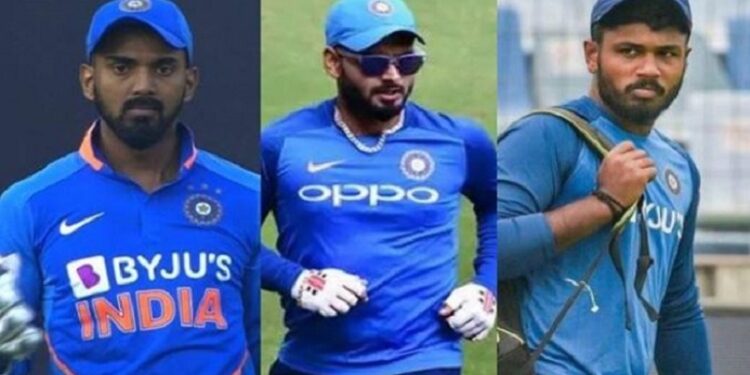 The lucky cricketer of Team India is Sanju Samson. Although he had mastered all the ABCDs of the cricket book, Sanju Samson never opened the door of Team India. Sanju never got a permanent place except for getting some opportunities in the team every now and then. When Team India was announced for the T20 World Cup, many cricket pundits were of the opinion that Sanju Samson should get a place. Sanju Samson finally breaks silence on KL Rahul-Rishab Pant.

Many people tweeted in support of Sanju on social media as well. Some tweeted that Sanju Samson should have got a chance in the team instead of Rishabh Pant. But Sanju Samson has now given his feedback on all these issues. Sanju Samson finally breaks silence on KL Rahul-Rishab Pant.

Allegations that BCCI is neglecting Sanju are constantly being heard. Many are accusing the team of giving more chances to Pant and neglecting Sanju. However, Sanju was given some opportunities by BCCI, but Sanju was not successful in them. However, Sanju’s Friday has started and he has been given the captaincy of the India-A team by BCCI which will take the field against New Zealand-A.

“I don’t think Pant or KL Rahul should play instead,” Sanju said. Speaking on World Cricket Channel, Sanju said, “Recently, social networks and media are talking about who should play instead of Sanju. Sanju responded to this, Rahul-Pant is playing for my team. So if I compete with my own team mates, it is like I am bringing down the honor of my country.

Sanju Samson said that he is lucky to return to Team India after five years. I am also enjoying myself among the 15 players. I am lucky to be back after five years. Team India was number 1 five years ago and still is. I am proud to be selected among the 15 players of the Indian team. But at the same time, you have to think about yourself. Sanju claims that it is very important that you stay in the right frame of mind and think positively.