News » ENTERTAINMENT » Sai Pallavi in Pushpa 2: clarification from the producer 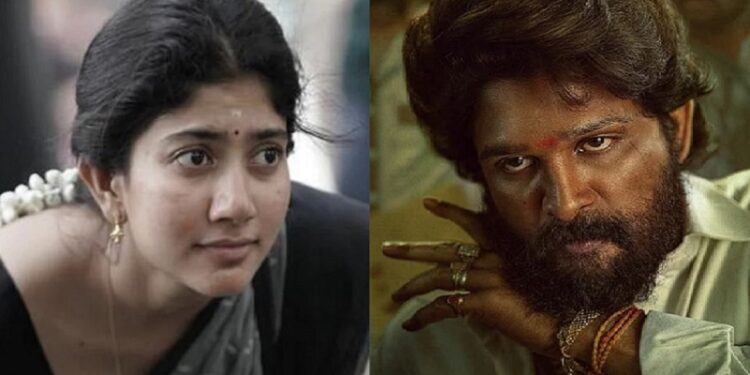 Allu Arjun and Rashmika Mandanna starrer ‘Pushpa’ became a huge hit. Now fans are waiting to see its next part. The shooting is yet to start. Sai Pallavi in Pushpa 2: clarification from the producer. Meanwhile, there are many gossips about the movie Pushpa 2. As the protagonist’s look changes, Srivalli’s character dies, Pushparaj goes abroad.

Meanwhile, there was news that Sai Pallavi will also act in ‘Pushpa 2’. Now we got a clarification from the producer. In an interview with ‘Pink Villa’, Pushpa 2 producer Y. Ravi Shankar has commented on this. Sai Pallavi is in demand in the entire Indian film industry. He has earned a huge fan following through acting.

His recent films ‘Virata Parvam’ and ‘Gargi’ have been super hits on OTT platforms, though they failed at the theatres. So there is talk in the film industry that there is no loss if Sai Pallavi is chosen for the film. So is it true that she will be acting in ‘Pushpa 2’? This question is now answered.

It is already proven that Sai Pallavi will do justice to any role given to her. There were rumors that she is being given the role of a tribal girl in the movie ‘Pushpa 2’. It was produced by Y. Ravi Shankar rejected it. “That news is not true,” he clarified in one word. Sukumar is directing the film ‘Pushpa 2’.

This movie is being produced by the prestigious Maitri Movie Makers. If everything goes as planned, the shooting of this film will begin on September 22. Rashmika Mandanna and Allu Arjun will face the camera together. Dally Dhananjay, Fahadh Faasil and other famous artists will act in this film.