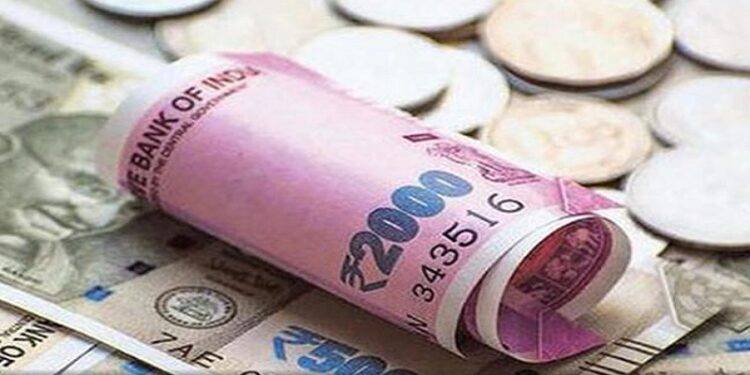 In the end, the rupee fell by 22 paise to 79.96 against the US dollar. On Tuesday, the rupee rose by 7 paise to 79.74.
The development came a day after the US central bank, the Federal Reserve, raised interest rates again by 75 basis points. This is being interpreted as the market’s reaction to the Federal Reserve’s move to raise interest rates to control rising prices. The rupee was down 0.4 percent from its previous close of 80.28 on Thursday, Bloomberg reported. Earlier on August 29, the domestic currency had touched 80.12.

Forex traders said the dollar index gained after Federal Reserve Chair Jerome Powell adopted a hawkish tone to battling inflation.
According to Anil Kumar Bhansali, Head of Treasury, Finrex Treasury Advisors, the rupee opened on a weak note after a hawkish Powell kept U.S. rate hikes in prominence until inflation falls to 2%. “With 80 being allowed to be crossed over by RBI, its actions will be watched closely by traders. The next important events are PMI and NFPR of the US which will give an indication as to how the economy and labour markets are behaving,” Mr. Bhansali said.Global oil benchmark Brent crude futures advanced 0.86% to $101.86 per barrel.

Also Read: BMTC buses: Read this before you sit in ladies seat in Bus