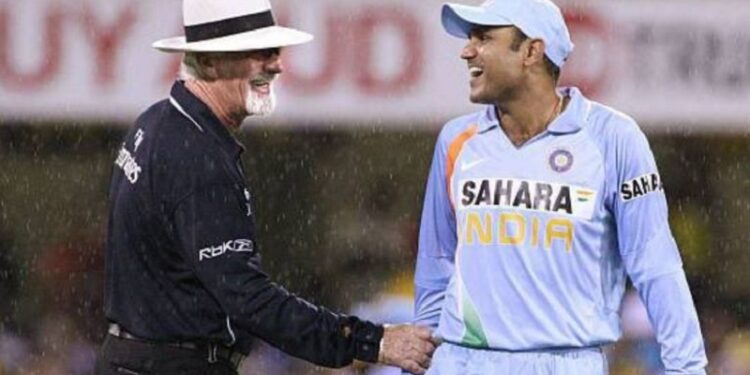 South African umpire Koertzen as well as three other people succumbed in the head-on collision, according to local reports. The crash occurred on Tuesday morning in an area called Riversdale in South Africa. One of the most popular faces in world cricket, 73-year old Koertzen was on his way back home from Cape Town after a golf weekend. His son, Rudi Koertzen Jr told Algoa FM News that his father died on impact.

“He went on a golf tournament with some of his friend, and they were expected to come back on Monday, but it seems they decided to play another round of golf,” Koertzen Jr said. Koertzen had a long association with cricket. It began as a cricketer when he played league cricket while working as a clerk for South African Railways.

Tributes started flowing for Rudi Koertzen once the tragic news came out. And Virender Sehwag has come up with probably one of the best tributes for the former umpire. The India legend shared a couple of anecdotes to reveal his relationship with the South African. Taking to Twitter, Sehwag wrote how Koertzen used to scold him whenever he played a rash shot before revealing that he once gifted a pair of pads to the former umpire for his son.