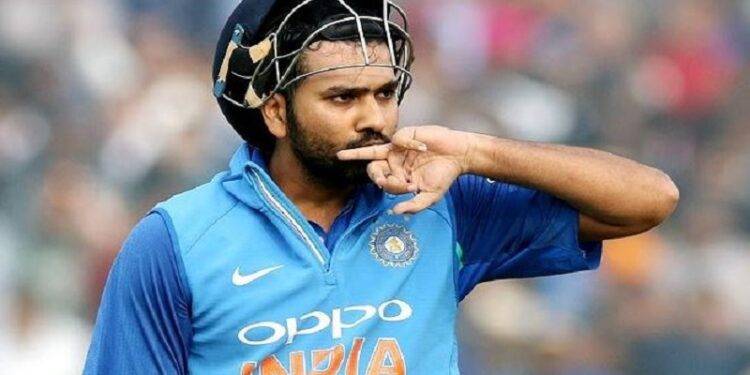 The first T20I between India and Australia played on Tuesday in Mohali was an example of a high scoring encounter and yet another reminder of why most captains who win the toss choose to chase. Australia’s 4 wicket win was also another reminder that Team India need to work on a few areas of concern as they count down to the T20 World Cup later this year. Rohit Sharma out from T20 world cup captaincy: Fans reaction.

Things have not quite gone well for captain Rohit Sharma. On Tuesday, things went from bad to worse as they could not defend a mammoth 209 against Australia in Mohali in the T20I opener. Following the four-wicket win for Australia, Rohit Sharma faced the heat on social space as fans demanded BCCI sack him as the leader of the side. Some fans also suggested that Virat Kohli should be brought back as T20 world cup captaincy for Team India.

Here is fans reaction in twitter after India lose against Australia:

I think @ImRo45 thinks this is all experimental, even the World Cup. I will not be surprised if they change the World Cup Captain because India is not even qualifying. @BCCI

Agree or Agree but Rohit Sharma is Worst Indian Captain ever in T20I !!!!! Guy could defend 180+ vs Pakistan & 170+ vs Sri Lanka & 200+ vs Australia in 3 consecutive matches. Clueless captain. #SackRohit

You have many IPL captains in this Team, but you miss a mastermind behind the stumps to read the game accurately. He is the one n only @IamSanjuSamson after MSD. @ImRo45 is clueless against strong opponents…You may make us cry  at T20IWC under this Clueless captain.

“I don’t think we bowled well. 200 is a good score to defend, and we didn’t take our chances in the field. It was a great effort from our batters, but bowlers were not quite there. There are things we need to look at, but it was a great game for us to understand what went wrong. We know this is a high-scoring ground,” Rohit said after the loss.

How many savings accounts can be opened: Here is the information

How many savings accounts can be opened: Here is the information