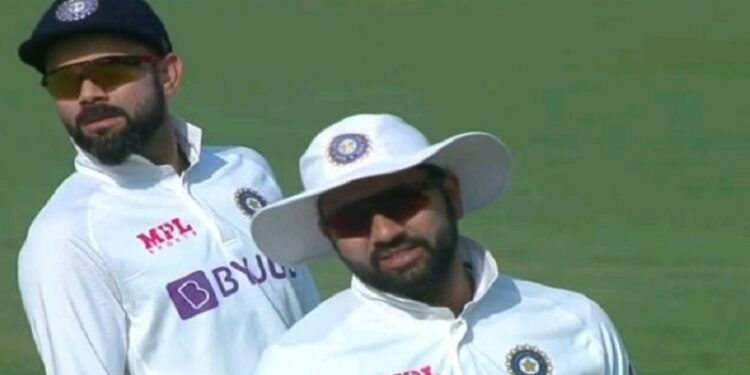 The Board of Control for Cricket in India (BCCI) will have to appoint a new Test captain for the Indian men’s cricket team after Virat Kohli stepped down on Saturday, a day after India’s 1-2 loss to South Africa away from home. Rohit Sharma next Test captain for Team India.

The word is that the Board of Control of Cricket in India (BCCI) will officially name Rohit Sharma as the Test captain of India. As per a report on InsideSport, the board will discuss fitness and workload-related issues with Rohit who was made the Test vice-captain ahead of the SA tour before going ahead and making the announcement. “Without any doubt Rohit Sharma will be the new test captain of India.

Rohit was named vice-captain before the South Africa series & will now be elevated as captain of the team. The announcement will be made soon”, declared top BCCI official to InsideSport. Kohli had been leading the side in Test cricket since January 2015 and leaves as the most successful Indian captain ever in the longest format.

The 34-year-old Rohit was also appointed as the new deputy of Kohli in the Test team and Ajinkya Rahane was removed from the Test vice-captaincy after his extremely poor performance with the bat.Meanwhile, Rohit Sharma was set to start his stint as permanent Test vice-captain in the India tour of South Africa 2021-22 which the Indian team lost by 1-2.

However, unfortunately, he suffered a hamstring injury ahead of the tour and was ruled out of the series and KL Rahul was named the new vice-captain for the series. Meanwhile, Rohit was the designated Test vice-captain for the crucial tour of South Africa and there won’t be any change to that hierarchy that BCCI has set in place.

If everything goes well vice-captain Rohit will take over the captaincy if he is fit enough for the top job and KL Rahul will be his deputy. The upcoming home series against Sri Lanka, where Virat Kohli will play his 100th Test, will be Rohit’s first assignment as a permanent Test captain. However, with a lot of cricket approaching including two World Cups, Rohit will be given rest from a few series’ to manage his workload and Rahul will be seen leading the Indian team.

Dhanush and Rajinikanth daughter decide to separate after 18 year

Dhanush and Rajinikanth daughter decide to separate after 18 year