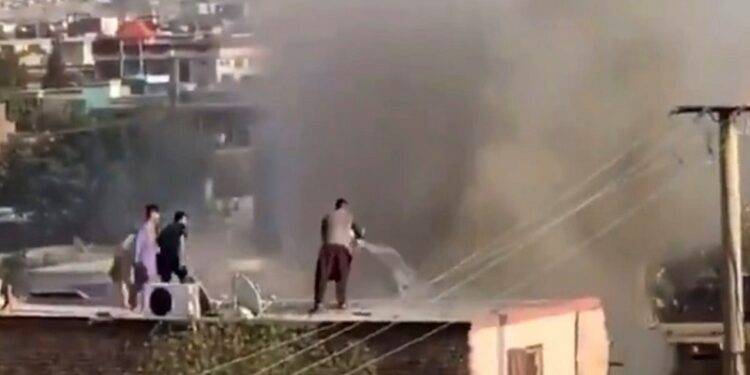 At least two include child was killed after a rocket hit a residential locality near Kabul airport on Sunday evening, Al Jazeera reported, citing an Afghan police official. Meanwhile, Afghan news agency Asvaka reported that two people were killed and three others were wounded in the attack.

Earlier, local media in Afghanistan reported that an explosion was heard, citing videos posted by social media users. A security official from the Afghan government told media that the explosion was caused by a rocket and that “initial information shows [it] hit a house”, Al Arabiya News reported.

Also Read: Karnataka: Schools Reopen for class 6 to 8 from September 13

The reported explosion came only three days after the bombing outside Kabul airport that killed at least 170 people. The Islamic State of Khorasan, an affiliate of terror group ISIS, took responsibility for the attack on Thursday.

On Saturday, United States President Joe Biden had said that the country’s military commanders believed that another terror attack on the Kabul airport was highly likely in the next 24 to 36 hours.

Karnataka: Schools Reopen for class 6 to 8 from September 13