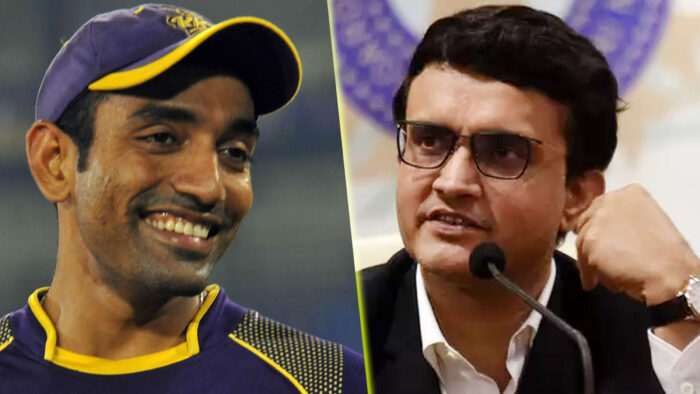 Bengaluru: Robin Uthappa wants the BCCI to allow Indian players to participate in “at least a couple of” foreign T20 leagues. The public plea comes not too long after Suresh Raina argued that non-contracted T20 players be allowed to partake in overseas T20 tournaments around the world.

“Please let us go, honest to God,” Uthappa told the BBC. “It does hurt when we’re not allowed to go and play … It would be so nice if we could go and play at least a couple of others because as a student of the game you want to learn and grow as much as you can.”

While the likes of Smriti Mandhana and Harmanpreet Kaur have participated in the Women’s Big Bash League in Australia and the Super League in England, active male cricketers haven’t been allowed to. In early 2017, there were reports that Yusuf Pathan – who wasn’t even in the national squad reckoning – had initially been granted an NOC to play in the Hong Kong Blitz, only to be de

“Ganguly is a very progressive thinking human being, someone who has always looked to take India to the next level. He actually laid the foundation for where India cricket is now,” said Uthappa. “We’re hoping that he will look at this at some point.”

Three police stations in Udupi seal down: ASI in Ajekari and constable in Karkala infected with corona!

Three police stations in Udupi seal down: ASI in Ajekari and constable in Karkala infected with corona!