Robin Uthappa bids farewell to all forms of Indian cricket 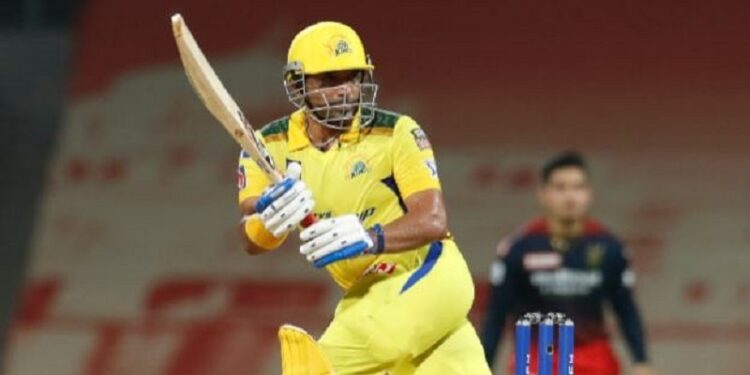 Kannadiga Uthappa made his international cricket debut in 2006 against England. In 2007, Uthappa played in the Indian team that won the first T20 World Cup under the leadership of MS Dhoni. We can now recall that Robin Uthappa, Virender Sehwag and Harbhajan Singh bowled out in the match against Pakistan in this tournament. Robin Uthappa bids farewell to all forms of Indian cricket.

Robin Uthappa, who has played 46 ODI matches for the Indian team, has scored 934 runs with 6 fifties and 249 runs including a half century from 13 T20 matches. Robin Uthappa did not play for a long time in the Indian team due to continuous failure.

Robin Uthappa last played an ODI for India in 2015 against Zimbabwe. In this match, he scored 31 runs in 44 balls. Accordingly, he played the last T20 match against the same team in the Chutuku format. Later he failed to make a comeback to the Indian team.

“I am very proud to represent my country India and my state Karnataka teams. Anyway all good things must come to an end one day or the other. With a grateful heart I have decided to retire from all forms of Indian cricket. Thank you all.” Robin Uthappa said this in his official announcement.

“It has been 20 years since I started playing professional cricket. It is a matter of pride for me to represent India and Karnataka teams. The journey of experiencing the ups and downs of professional life has been amazing. Cricket has helped me a lot to grow as a man. In the coming days, I will spend as much time as possible with my family and look forward to the second chapter of life,” Chennai Super Kings player wrote.

Robin Uthappa’s Indian Premier League (IPL) career has been amazing despite playing very few matches in international cricket. Mumbai Indians, Royal Challengers Bangalore, Kolkata Knight Riders, Rajasthan Royals, Pune Warriors India and Chennai Super Kings have been represented by Robin Uthappa. He has scored 4952 runs at an average of 27.5 from 205 IPL matches played. In this he has scored 27 fifties.