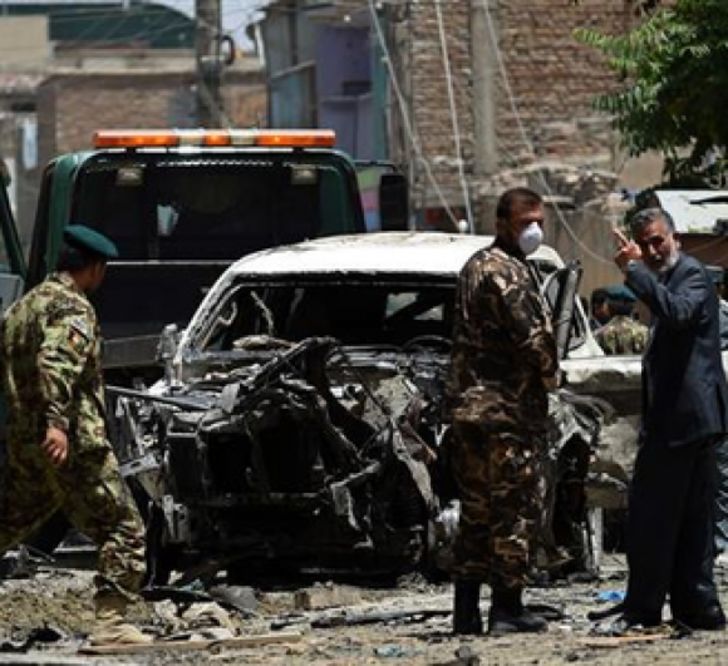 Afghanistan: Seven civilians were killed by a roadside bomb linked to the Taliban in northern Afghanistan, officials said on Tuesday, even as authorities pressed for peace talks with the militants.

The blast struck a small truck carrying a group of labourers late Monday in the volatile district of Khan Abad, in the province of Kunduz. No group claimed responsibility, but Kunduz provincial spokesman Esmatullah Muradi pointed the finger at the Taliban.

“The Taliban usually plant roadside bombs to target security forces, but their bombs usually kill civilians,” he told Afghanistan media. Two of six others wounded in the blast were in critical condition, said district chief Hayatullah Amiri. Earlier this year, a United Nations report said more than 10,000 people were killed or wounded in the war in 2019 alone. Overall violence across much of Afghanistan has dropped, however, since May 24 when the Taliban announced a surprise three-day ceasefire to mark the Eid al-Fitr holiday.

Violence had surged after the Taliban signed a landmark agreement with the United States in February, which paves the way for the withdrawal of all foreign forces by May next year. President Ashraf Ghani had welcomed the Taliban ceasefire offer and authorities announced around 2,000 Taliban prisoners would be released in a “goodwill gesture” with a view to kickstarting peace talks. Afghanistan’s former chief executive Abdullah Abdullah, who has been appointed to lead the talks, said his team was ready to begin negotiations “at any moment”.

The Taliban have not said when talks might take place.

‘India will definitely get its growth back’, says PM addressing India Inc