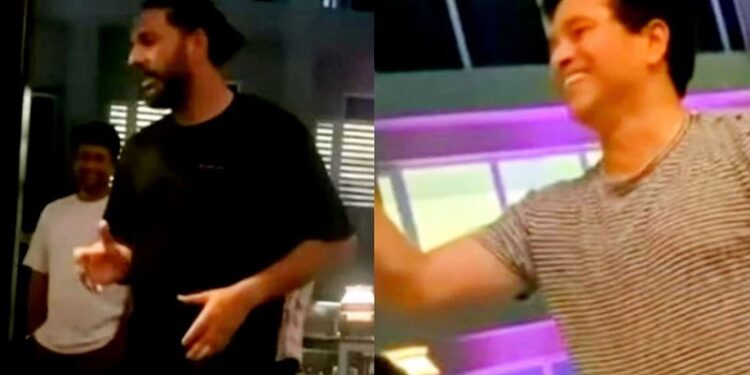 India Legends started off with a win in the on-going Road Safety World Series 2022. The former players of Team India who are happy with this win are now involved in the fun. Legends like Sachin Tendulkar, Yuvraj Singh, Irfan Pathan, and Suresh Raina are providing entertainment to the audience on and off the field. Road Safety World Series 2022: Suresh Raina song Yuvraj Singh dance, video viral.

A video of Yuvraj Singh Mast dancing at the party after the Road Safety World Series match has now gone viral on social media. In this video, while other players were sitting, only Yuvi tried to entertain everyone by doing a great dance. He also entertained everyone by putting steps to old Bollywood songs.

This video has now gone viral on social media and fans are appreciating Yuvi’s fun. Commenting on Yuvraj Singh’s dance video, Irfan Pathan has shouted that there is a very expensive cheerleader in our team.

Earlier, in the match against South Africa Legends; India Legends scored 217 runs for the loss of 4 wickets in the scheduled 20 overs. In reply, South Africa managed to score only 156 runs. Stuart Binny scored an unbeaten 82 off 42 balls for India Legends and became the winner.