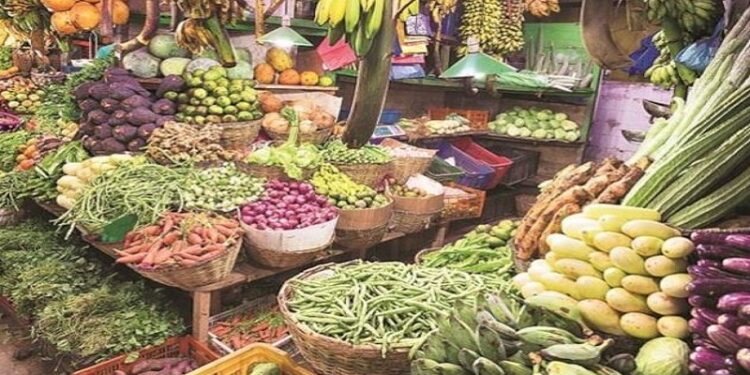 Delhi: India’s consumer price index (CPI)-based retail inflation rose to 7 per cent in August, government data released on Monday showed. Inflation has increased due to increase in food prices. CPI was 6.71 in the previous month. Food inflation accounts for half of the Consumer Price Index (CPI). The rise is due to higher prices of essential crops like wheat, rice and pulses. Retail inflation rise to 7% in August led by food price rise.

Food inflation, which is responsible for nearly half the CPI basket, quickened to 7.62 per cent in August this year, as against 6.69 per cent in July, as per data released by the National Statistical Office on Monday. Increase in food prices like of cereals, pulses, vegetables, milk, pulses and other items saw a rise in August, as compared to July, the data said.

India’s retail inflation in August touched 7 per cent despite the country’s efforts to bring it down by curbing wheat exports and putting a ban on rice exports as well. This may result in the RBI hiking its interest rates in the coming month. The Monetary policy Committee meet of the Reserve Bank is supposed to start during the end of this month on September 30, where it is likely to take a decision regarding the inflation. So far, the RBI has raised its repo rates by 140 basis points to 5.4 per cent since May.

The manufacturing sector’s output in July 2022 grew by 3.2 per cent, as per NSO data. The mining production output was calculated at -3.3 per cent, while power generation saw a growth of 2.3 per cent in June 2022. The index grew 10.0 per cent April-July 2022 compared to a growth of 33.9 per cent in the same period a year ago.

Retail inflation had remained above 7 per cent during the first three months of the financial year. The RBI expects the retail inflation to have an average of 6.7 per cent in the year to March.

RBI governor Shaktikanta Das had in August said that India’s inflation had peaked and may touch 4 per cent in the coming days. “So far as inflation is concerned, it is getting increasingly anchored. We (recently) reached the peak at 7.8 per cent and thereafter, the inflation has moderated in the subsequent three prints and the latest was 6.7 per cent (in July)… We need to bring it down to, first, below 6 per cent and then move closer to the target rate of 4 per cent.”