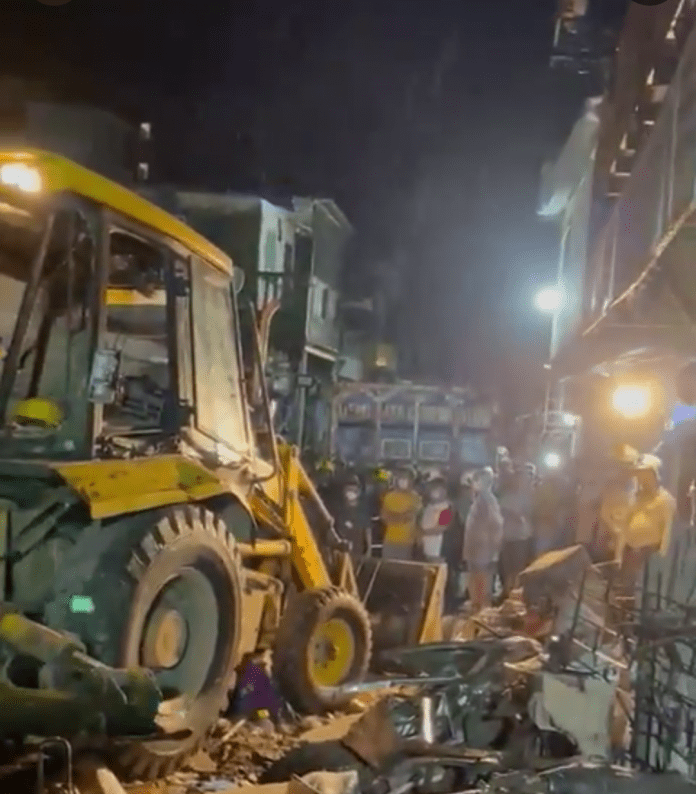 Mumbai: At least eleven people were killed and seventeen others injured after a residential building collapsed in the New Collector compound, Malad West of Mumbai late on Wednesday night, informed the Brihanmumbai Municipal Corporation (BMC).

Search and rescue operation for trapped people is underway. The injured persons have been shifted to BDBA hospital. As per the BMC, the collapse engulfed a nearby residential structure. It also affected another residential structure in the area that is now in a “dangerous condition”, the municipal corporation said.

Residents from affected structures are being evacuated. A portion of the 2nd & 3rd floor of a Ground+ 3 residential building collapsed on an adjacent G+1 floor chawl injuring 17 people. Maharashtra Minister Aslam Shaikh, who has also reached the incident site, said, “Buildings have collapsed due to rain.

Rescue operation is underway. Injured people have been shifted to the hospital. Debris of the buildings is being removed to see if more people are stuck under it.”