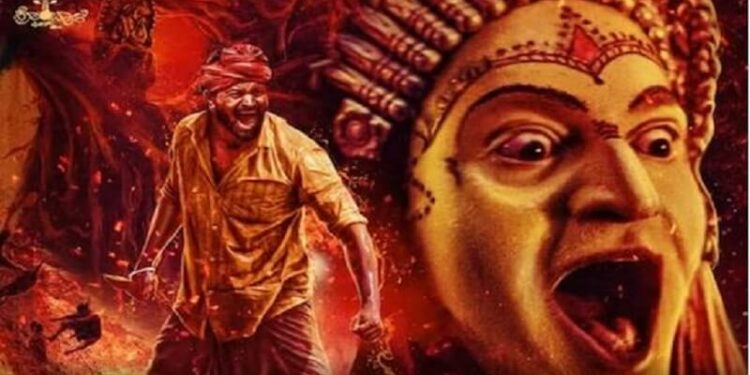 Rishab Shetty’s Kantara premiered on Amazon Prime Video on November 24. The OTT version does not include the Varaha Roopam song as Kerala music band, Thaikudam Bridge, had accused them of plagiarism.Rishab Shetty’s Kantara recently grossed over Rs 400 crore worldwide and is still running successfully in selected theatres. After almost two months, the film finally dropped on Amazon Prime Video on November 24.

However, Kantara is now trending on Twitter for a different reason. The celebrated song, Varaha Roopam, is not a part of the OTT version of Kantara. Fans of Kantara took to Twitter to demand the inclusion of the song and opined that the soul of the film is lost without it. For the uninitiated, the Kerala band, Thaikudam Bridge, sought legal action against the makers of Kantara, after accusing them of plagiarism.

After KGF: Chapter 2, Kantara is the next big thing from the Kannada film industry. The film transcended borders and ended up as a blockbuster hit across the globe.On November 24, Kantara premiered on Amazon Prime Video, much to the delight of fans. However, fans of the Rishab Shetty-starrer were disappointed as the celebrated song, Varaha Roopam, had been replaced in the film.

Also Read: Kukke Subrahmanya Champa Shashti: Only Hindus are allowed to set up shop in festival

After Thaikudam Bridge moved the court against the makers of Kantara, they were forced to remove the song. The Kerala band, in their petition, said that Varaha Roopam from Kantara is a copy of their hit song, Navarasam. Soon, fans of Kantara took to Twitter to trend the hashtag, #BringBackVarahaRoopam. Many pointed out that without the Varaha Roopam song, the film looks soul-less.

Thaikudam Bridge reacts to the removal of Varaha Roopam Song

After the OTT premiere of Kantara, Thaikudam Bridge took to Instagram to express their happiness over the removal of Varaha Roopam. They wrote, “Amazon Prime has removed the plagiarised version of our song ‘NAVARASAM’ from the movie KANTARA. Justice Prevails! Thanks to our Attorney: Satish Murthi & our mentor Mathrubhumi @mathrubhuminewstv for their unstinted support. Thanks to our Musician fraternity, fans and Media who extended their whole hearted support to fight for the rights.