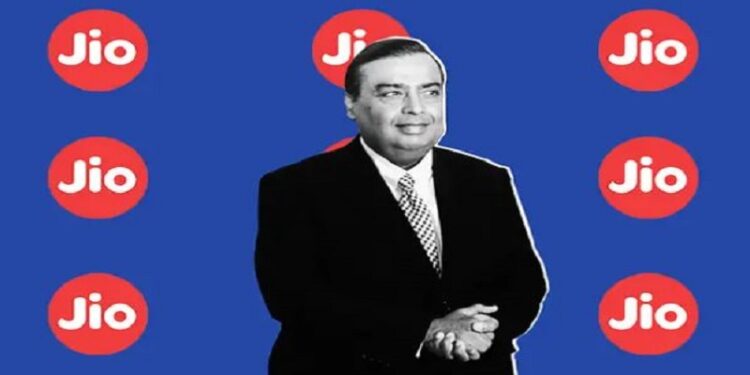 “Within the next two months, by Diwali, we will launch Jio 5G across multiple key cities, including the metropolises of Delhi, Mumbai, Kolkata, and Chennai. Subsequently, we plan to increase the Jio 5G footprint month after month. By December 2023, which is less than 18 months from today, we will deliver Jio 5G to every town, every taluka, and every tehsil of our country,” Ambani said addressing RIL’s 45th annual general meeting. Reliance 5G Gift for Diwali; 5G will reach four cities in 2 months

Jio, which had emerged as the largest bidder in the 5G spectrum auctions held earlier this month, had purchased airwaves worth more than Rs 88,000 crore. It was the only company of the four participants to have acquired spectrum in the premium 700 MHz band. Ambani said that Jio will deploy its 5G network on the ‘standalone’ architecture, a choice that demands higher infrastructure costs, compared to ‘non-standalone mode’ that is being tested by its rivals Bharti Airtel and Vodafone Idea.

The standalone 5G network, which operates independently from 4G core infrastructure, also requires an evolved device ecosystem that is compatible with the network. Notably, Ambani also said Monday that Jio was working with Google, which makes the Android operating system, to launch budget 5G devices. “We are working with Google to develop ultra-affordable 5G smartphones for India,” he said.

The company had earlier emphasised that it is fully ready for 5G rollout in the shortest period, backed by nationwide fibre presence, an all-IP network with no legacy infrastructure, an indigenous 5G stack and strong global partnerships across the technology ecosystem. Ambani, during the AGM, said with 5G in place, Jio will launch billions of smart sensors with connected intelligence that will trigger the Internet of Things and fuel the fourth Industrial Revolution. “It will connect every one, every place and everything with the highest quality and most affordable data,” he said.

Ambani said that Reliance will invest Rs 75,000 crore in expanding capacities in the core petrochemical and oil business. The company will add a fifth Giga Factory of power electronics in addition to the four Giga Factories for solar panels, energy storage, electrolysers and fuel cells announced last year.

In addition to these announcements, Ambani also laid down the conglomerate’s succession plans. He said that Akash Ambani and Isha Ambani have taken up leadership roles in the group’s telecom and retail businesses, respectively. Ambani’s younger son Anant has joined Reliance’s new energy business.

Isha Ambani said that Reliance Retail will soon venture into the fast moving consumer goods (FMCG) space and offer high-quality, affordable products. “We will soon start marketing quality goods produced by tribals and other marginalised communities across India,” she said.

Apart from that, she also announced the integration of the group’s grocery and daily needs delivery arm Jio Mart with WhatsApp, wherein users will be able to place Jio Mart orders on WhatsApp itself and complete the transaction within the chat app. The integration was believed to be among the reasons behind WhatsApp-parent Meta’s investment of $5.7 billion in Jio Platforms in 2020.