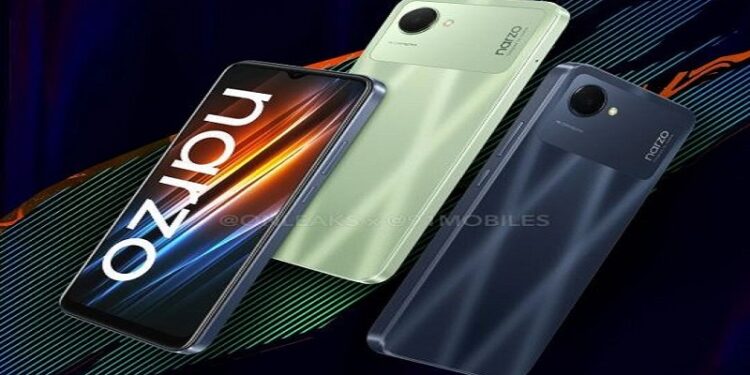 Realme, a well-known company that has been successful in releasing phones ranging from budget to high-range in the smartphone market, has introduced the best mobiles for 2022. Rows and rows of Realme smartphones are already ready for launch. Meanwhile, the company is all set to release the Realme Narzo 50i Prime phone in India. This phone will enter India on September 13.

Realme, a Chinese smartphone manufacturer has announced its Realme Narzo 50i in India, set to launch on September 13. Apart from announcing the launch date, the handset company has also teased some specifications including display size, battery capacity, and colour options. The handset was launched in Malaysia earlier this year. It runs on Android 11 and is powered by an unnamed octa-core Unisoc SoC.

The Realme Narzo 50i Prime supports expansion via microSD card up to 1TB though a dedicated slot. However, the specifications of the Indian variant may differ from the Malaysian version.

This phone has swept the foreign market and is the best phone at a very low price. So how much does this phone cost? Let’s see what features are there.

How much is the price?:

The Realme Narzo 50i Prime smartphone is expected to launch in one storage option. Its 3GB RAM and 32GB storage variant is priced at Rs 10,000. May be inside.

The Realme Narzo 50i Prime smartphone features a 6.5-inch Full HD+ display with a screen resolution of 720*1,600 pixels. The display is likely to have a maximum brightness of 400 nits.

Powered by Unisec T612 processor, it will run on Android 11 based Realme R edition. This smartphone has a single camera setup with 8 megapixels. It also features a 5-megapixel AI sensor capable selfie camera.