Realme Narzo 30A to go on first sale today with price starting at ₹8,999: Details here 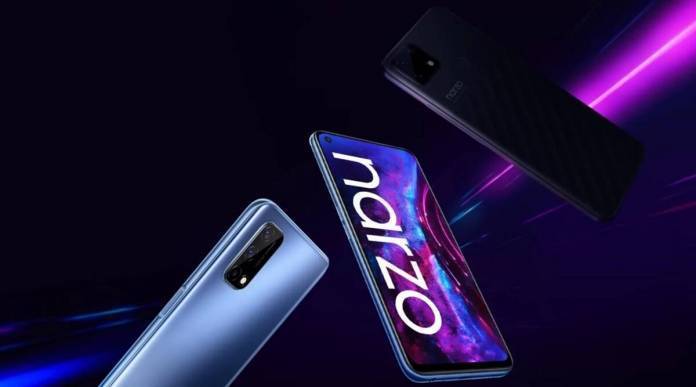 Realme Narzo 30A is set to go on its first sale today. The handset will be available on e-commerce site Flipkart along with the company’s own Realme.com at 12pm. Those interested in buying may head to the e-tailer’s site to grab a unit.

Price and offers: Realme Narzo 30A has two RAM models- 3GB and 4GB paired with 32GB and 64GB internal storage. While the former is priced at Rs 8,999, the later variant will be up for sale at Rs 9,999. As part of the sale today, buyers will get Rs 500 off on the phone’s purchase using Axis Bank credit card. Buyers can also get 5% cashback on Flipkart Axis Bank credit cards.

Realme Narzo 30A is offered in two colour options- Laser Blue and Laser White. The smartphone is equipped with a 6.5-inch mini drop screen with 88.7% screen-to-body ratio. It is powered by MediaTek Helio G85 octa-core chipset and runs on Realme UI based on Android 10. As mentioned above, the phone packs 3GB/4GB of RAM paired with 32GB and 64GB internal storage capacity.

For camera duties, the handset features a 13MP dual lens camera at the back. For selfies, it has an 8MP camera at the front. The device is backed by a 6,000mAh battery with 18watt fast charging support. Realme Narzo 30A also has a rear mounted fingerprint scanner at the back for security.