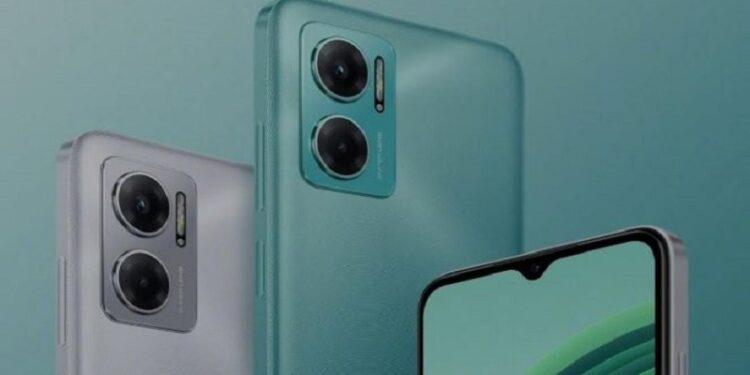 The Realme C33 is set to launch in India this week. The Realme C33 is a budget smartphone with dual cameras, a large battery, and a unique design. Realme C33 launch 50MP camera and 5000mAh battery: Price, features. The Realme C33 India launch is taking place on September 6 at 12:00 noon. The phone will be the latest entrant to the company’s budget C series.

The launch will take place at the same time as the Redmi 11 Prime launch in India. The Realme C33 is likely to compete with the Redmi 11 Prime. Both phones will likely be similarly priced between Rs 10,000 and Rs 13,000. Realme has confirmed that the C33 will feature a 5,000 mAh battery that will charge over a USB Type-C port.

The handset will also come with a 50 MP AI dual camera setup on the back. The phone has the power and volume buttons on the right, the former doubles as a fingerprint reader. The Realme C33 weighs 187 grams and is only 8.3mm thick. The phone also has a unique “unicover design” and an ergonomic feel. The Realme C33 will be offered in a gold, black, and green colour option.

Realme hasn’t revealed other details about the C33, although it will likely get a high-refresh-rate IPS LCD panel and a Unisoc or MediaTek chipset. The design of the C33 is similar to the Realme 9i 5G, but rather than the Vintage CD design of the latter, the C33 boasts a “Boundless Sea Design”. For more information about the Realme C33, stay tuned. Aqua Blue, Night Sea and Sandy Gold are the colour variants of the phone.

The smartphone will go on sale on September 12, 2022 at 12pm. It will be available on Flipkart and Realme.com along with offline retail stores. Realme C33 specifications. Realme C33 comes with a 6.5-inch HD+ screen. The phone’s display offers a 120Hz touch sampling rate. Powering the smartphone is Unisoc T612 processor. It is paired with up to 4GB RAM. The phone packs up to 64GB internal storage and is expandable up to 1TB.

The handset runs on the company’s own Realme UI S Edition based on Android 12 operating system. Realme C33 features a 50MP main camera on the back. It comes with features like panoramic view, portrait mode, time-lapse, super night mode and more. For selfies, the smartphone boasts of a 5MP front-facing camera for selfies. The device is backed by a 5,000 mAh battery and comes with 10W charging support.

Realme C33 weighs 187 grams and measures 8.3mm in thickness. 4G, dual-band Wi-Fi, Bluetooth, GPS, and USB Type-C port are the connectivity features available on the phone. The smartphone comes with a side-mounted fingerprint scanner for safety. Realme C33 is offered in two models. The base variant packs 3GB RAM and 32GB internal storage. It is Realme C33 price at Rs 8,999. Another model has 4GB RAM and 64GB ROM, and carries a price tag of Rs 9,999.