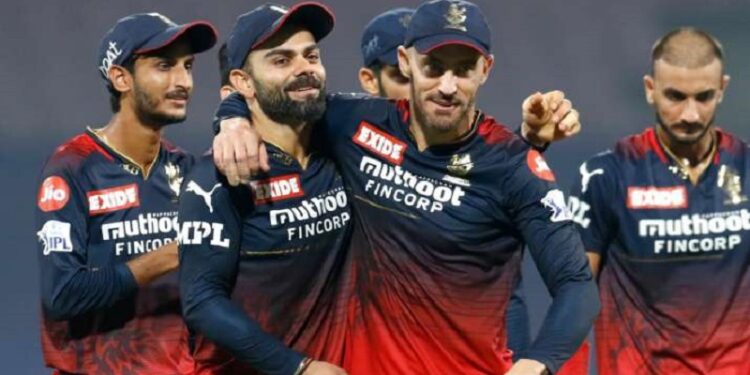 RCB vs GT: The Royal Challengers Bangalore (RCB) somehow find themselves in a position where their fate is out of their hands once again. If the Delhi Capitals (DC) beat the Mumbai Indians (MI), RCB will be ruled out of playoff contention. RCB vs GT: strongest playing XI for today’s big match in IPL 2022.

But before that, the three-time finalists need to beat the Gujarat Titans (GT) in Match 67 of the 2022 Indian Premier League (IPL) at the Wankhede Stadium in Mumbai on Thursday, May 19. GT, having already sealed a spot in Qualifier 1, might want to rest a few players ahead of the playoffs.

Wriddhiman Saha has been a revelation at the top of the order in the powerplay, while Captain Hardik Pandya has led from the front. The bowling attack is versatile, with several quality options like Lockie Ferguson waiting on the bench to make a return to the playing XI.

The last time the two teams met in IPL 2022, GT emerged victorious by six wickets as Rahul Tewatia and David Miller strung together a brilliant partnership. But the fact that Bangalore managed to put 170 up on the board despite Faf du Plessis and Dinesh Karthik contributing a combined total of two runs will be encouraging for them.

Both the teams are settled and have trusted on the same Playing 11 from last quite a few games. Hence, they would not want to chop and change until and unless forced by an injury concern. Hence no changes are expected in either Gujarat or Bangalore’s Playing 11 for this game.

Also Read: RCB playoff entry is difficult in IPL 2022, All fans eyes on that one match