News » SPORTS » RCB top player Harshal Patel injured, will he play or not in Eliminator

RCB top player Harshal Patel injured, will he play or not in Eliminator 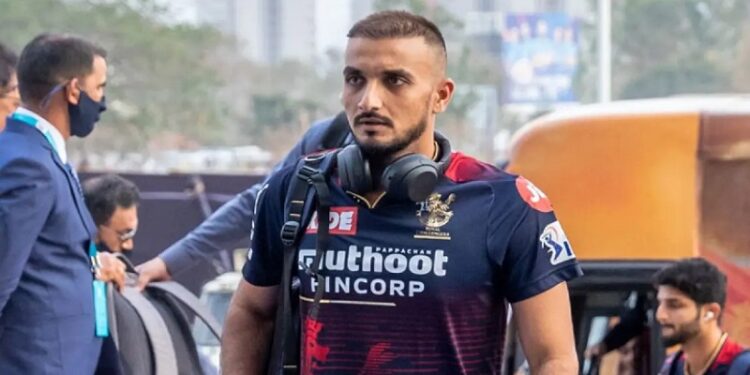 IPL 2022 reach final stage, Royal Challengers Bangalore will play Lucknow Super Giants in Eliminator game at the Eden Garden in Kolkata on May 25.  RCB top player Harshal Patel injured, will he play or not in Eliminator.

RCB star pace bowler Harshal Patel has dropped a major injury return hint and indicated that he will be fit for the team’s Eliminator game against Lucknow Super Giants at the Eden Garden in Kolkata on May 25 in IPL 2022, after suffering a split webbing in the game against Gujarat Titans at the Wankhede Stadium on May 19.

The 31-year-old had copped a nasty cut on his right hand’s webbing while fielding and it started bleeding profusely. Patel was quickly checked upon by Royal Challengers Bangalore’s physio and the pacer headed back to the dressing room to get the webbing stitched.

The bowler did not take any further part in the match against Gujarat Titans as RCB went on to win by eight wickets. With RCB securing a playoffs berth after Mumbai Indians defeated Delhi Capitals to deny the Rishabh Pant-led side a last-four slot, Patel’s importance to the Faf du Plessis-led side cannot be understated.

He was the Purple Cap winner in IPL 2021, picking up 32 wickets in 15 matches and this season Patel has a total of 18 scalps from 13 games. He is on the threshold of a century of IPL wickets. More than the wickets, he has been extremely economical in his spells (7.68) and requires just four scalps to make it 100 IPL wickets.

Disclosing how he suffered the injury, Patel told RCB that, “When I caught that ball on short extra cover, I split my webbing on the right hand. I got a couple of stitches which should come off in three to four days… I think I will be ready to be a part of it (Eliminator).”

Petrol and Diesel Prices down today, check latest rate in your city