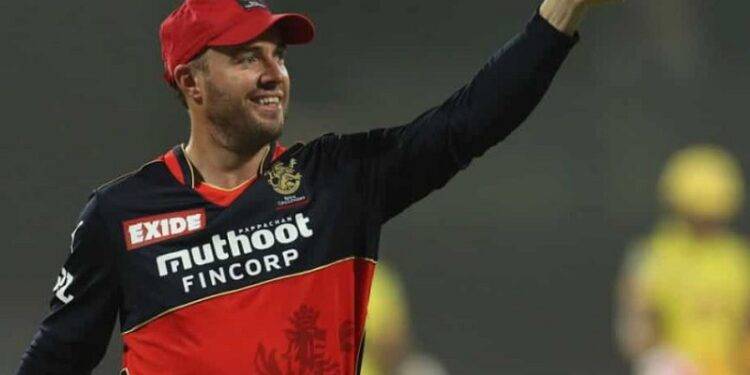 Now let’s say that Royal Challengers Bangalore (RCB) fans will be full of joy after hearing the news. The star player, who had left the team, is ready to make a comeback to the RCB team. RCB fans good news here; AB de Villiers back to IPL 2023. AB de Villiers, Hearing this name is enough. Cricket fans get excited. He played extraordinary batting, wonderful innings Even in IPL, AB de Villiers playing cricket fans cannot forget.

RCB former player MR 360 ABD was the real trouble shooter for Royal Challengers Bangalore. Even in difficult times, ABD roared like a single share at the crease. He brought victory to the team single headedly by hitting boundaries and sixes. Mr. 360, who was RCB regular player from 11 years, said goodbye to the IPL last year. Due to this, AB de Villiers was unavailable for RCB in IPL 2022. Millions of fans missed his game. Now he will make a comeback to RCB. AB de Villiers himself said this.

ABD’s comeback is sure for RCB next year..!

Yes, next year IPL 2023 will definitely give fans a glimpse of ABD. Suspense is the only answer to the question of whether he will hold the bat again and reach the crease..! Because de Villiers appearance in RCB camp is fixed. But, did you enter the field as a player? Or as a batting mentor teaching young batters batting tips..? De Villiers has not revealed only that.

During the IPL 2022, Kohli said that ABD will come back to the RCB team next year. ABD said it is true, I am going to join RCB team next year. Joining RCB! I am happy that Kohli has confirmed this. I am excited to return to my second hometown next year. I am definitely going to be a part of the IPL next season, but in what form is still undecided’ said AB de Villiers, former RCB player.

According to RCB sources, ABD will make a comeback to RCB in the next season. ABD will act as the team’s batting consultant. AB is already 38 years old. He has stayed away from cricket for the past one year. Due to this, ABD will appear in the RCB jersey as a coach instead of a player. If ABD indeed returns to the RCB team, the Red Army’s power will increase further. Besides, the re-entry of his best friend will give strength to Virat Kohli.