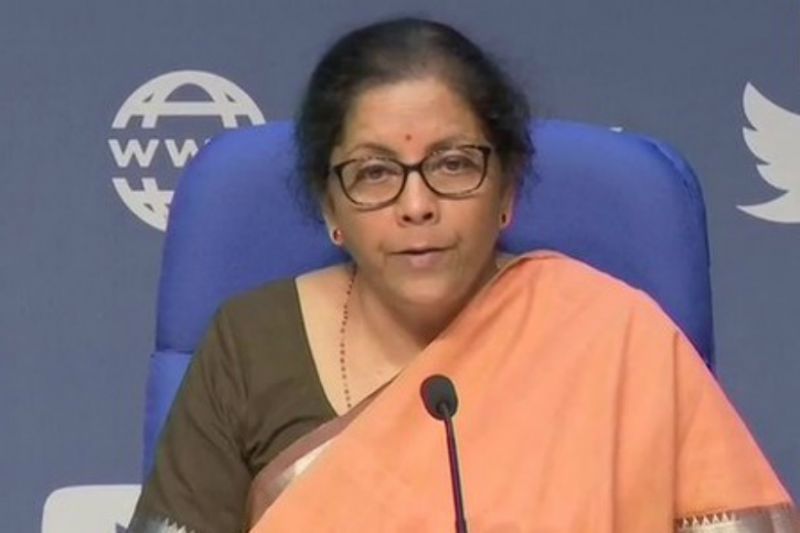 Announcing a second stimulus in less than a month, the RBI eased bad-loan rules, froze dividend payment by lenders and pushed banks to lend more by cutting the reverse repo rate by 25 basis points to help mitigate risk to the economy posed by the pandemic. “In view of the difficulties being faced due to #COVID19, the @RBI has taken a slew of steps aimed at maintaining adequate liquidity in the system, incentivising bank credit flows, easing financial stress, and enabling the normal functioning of markets,” Sitharaman said in a tweet.

In order to increase credit to farmers, MSMEs and housing sector, RBI announced a special refinance facility totalling Rs 50,000 crore for NABARD, SIDBI and the National Housing Bank, she said. Of this, Rs 25,000 crore goes to NABARD, Rs 15,000 crore to SIDBI, and Rs 10,000 crore to NHB for improving long-term funding requirements of agriculture and the rural sector, small industries, housing finance companies, NBFCs and MFIs, the minister said. “To increase MSME liquidity, @RBI announced a targeted long-term repo operation totalling Rs 50,000 crore aimed at mid and small NBFCs and MFIs. This amount can be revised upwards if needed in the future.

RBI also cut the reverse repo rate by 25 bps to 3.75%,” Sitharaman said. The reverse repo rate is the rate banks earn by parking deposits with the Reserve Bank of India. “In order to encourage banks to deploy these surplus funds in nvestments and loans in productive sectors of the economy, it has been decided to reduce the fixed rate reverse repo rate under the liquidity adjustment facility (LAF) by 25 basis points from 4 per cent to 3.75 per cent with immediate effect,” the RBI said. However, the RBI retained the policy repo rate at 4.40 per cent, and the marginal standing facility rate and the Bank Rate at 4.65 per cent. She further said that to ease the worries of MSMEs that are in danger of becoming NPA accounts, it has now been decided that the NPA classification norms will exclude the 3-month moratorium window that banks are allowed to give on loan repayments. This effectively means that bad loans or non-performing asset (NPA) classification will now happen after 180 days instead of the current policy of 90 days of payment default. This would cover the borrowers of both banks and NBFCs but lenders will have to make an additional provision of 10 per cent for those exposures under moratorium. The @RBI has increased the ways and means advance limit for states to 60 per cent over and above the level as on March 31 to help state governments tide over cash flow problems due to a temporary dip in revenue collections,” she said.

The RBI earlier this month had announced an increase in the ways and means advances (WMA) limit of states by 30 per cent. It has now been decided to increase the WMA limit of states by 60 per cent over and above the level as on March 31, 2020 to provide greater comfort to the states for undertaking COVID-19 containment and mitigation efforts, and to plan their market borrowing programmes better. The increased limit will be available till September 30, 2020. The RBI had announced its first stimulus on March 27 to help the economy deal with the impact of COVID-19 pandemic.