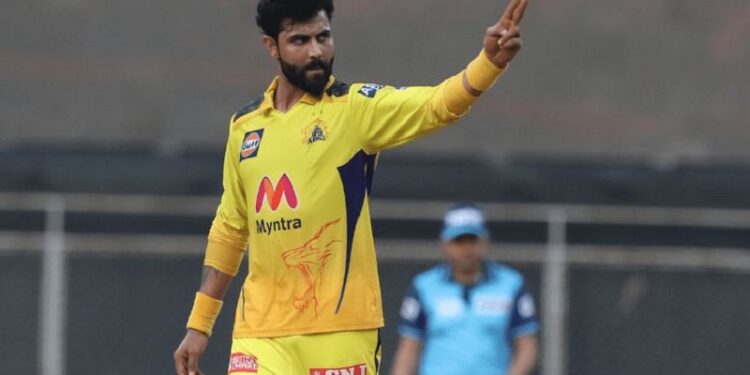 Chennai Super Kings is the second most successful franchise of the IPL as it has won the title four times under the leadership of MS Dhoni but its last season (IPL 2022) was quite disappointing as it not only performed badly on the field but many controversies were created related to its captaincy saga. In twitter trend Ravindra Jadeja out from CSK, enter Mumbai Indians.

Just before the tournament, Ravindra Jadeja was appointed as the new skipper of CSK but after Jadeja’s poor outing with the bat and ball and successive defeats of the team, the Indian all-rounder gave up the captaincy and MS Dhoni once again took the charge of the team. Later on, Ravindra Jadeja suffered an injury and he was ruled out of the IPL2022 but it started the speculation that things were not good between the Chennai franchise and Ravindra Jadeja.

However, Ravindra Jadeja social media activities last month triggered concerns over his CSK future again. The all-rounder deleted all CSK-related posts from 2021 and 2022 seasons on his official Instagram profile. And earlier this week, Jadeja deleted a tweet from his Twitter profile that has fans believing that he is definitely leaving Chennai Super Kings.

The tweet was from February 4, 2022 and was in reply to a post by the franchise. The original post read, “10 years of Super Jaddu.” In his reply, Ravindra Jadeja had written, “10 more to go.”Jadeja played his last game for CSK in IPL 2022 on May 4, and returned to cricket action almost two months later in the rescheduled fifth and final Test of the series against England, where he smashed a century.

The all-rounder has since been a part of the Indian side across all formats of the game. Fans of Mumbai Indians, led by Rohit Sharma, also flooded Twitter by asking for a trade move. Many believe that the seasoned player would be a good fit in the MI XI, and asked the franchise to trade Ishan Kishan for him.

“Even I want the same badly but I don’t think it’s possible as we have Sanjay, Shokeen already and Jadeja will go for 10Cr+ which MI won’t spend. Only possibility – MI trade Ishan for Jadeja,” wrote a fan. “Jadeja for Ishan isn’t a bad choice…mi can then play Brevis, Stubbs and Tim David without compromising on their bowling!” tweeted another user.

The Chennai Super Kings (CSK) endured a tough season in the 2022 Indian Premier League. The side finished 9th, winning only four of its 14 matches in a season that also saw significant tensions off the field. Ahead of the start of the edition, all-rounder Ravindra Jadeja was handed the CSK captaincy by Mahendra Singh Dhoni; however, Jadeja stepped down from the role mid-way through the season due to poor results and a drop in his own performances.

Furthermore, the India star also missed CSK’s final four matches of the season, as speculations rose over his future in the franchise. The 33-year-old is currently with the Indian team in the West Indies, as the side participates in a five-match T20I series. Jadeja has been rested for India’s three-match ODI tour of Zimbabwe later this month.

IMD issued heavy Rainfall alert in these states till Tuesday

IMD issued heavy Rainfall alert in these states till Tuesday