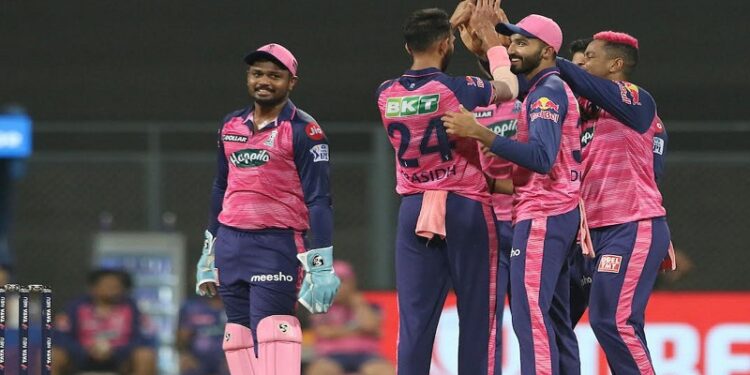 Rajasthan Royals (RR) will face Lucknow Super Giants (LSG) in Match 63 of the Indian Premier League (IPL 2022) at the Brabourne Stadium in Mumbai on 15 May (Sunday). The Rajasthan Royals bowling attack has a number of star players in Trent Boult, Prasidh Krishna, Ravichandran Ashwin and Chahal himself. Rajasthan Royals bowler turns emotional recalled his struggling days in IPL 2022.

The presence of star international bowlers allows for an enriching learning experience for the uncapped Indian players, and 29-year-old Anunay Singh is one of them. The bowler was picked by the RR in the mega auction preceding the season on his base price (INR 20 lakh).

While he is yet to make an appearance in the on-going season, Anunay, who represents Bihar in domestic cricket, will be aiming to take some learnings from his maiden IPL season with a franchise. In a video for the Royals, Anunay opened up on his early life, and also recalled his struggling days while trying to make ends meet.

“I’m from a middle-class family. It was just my dad who was earning at home. I thought of working part-time work at times. McDonald’s or somewhere, I’d earn 7-8k if nothing. But then, I thought that if I do work, my practice will be hampered. And cricket is expensive it was and it still is,” Anunay said in the video.

“I didn’t talk about it at home. My seniors would often give me shoes. So, a lot of nights have been spent where I slept having just milk, or milk and bread. If I say I didn’t eat before sleeping, no mother will be able to sleep,” Anunay said, as he turned emotional. The bowler also revealed that he was rejected in trials on multiple occasions.

“There have been a lot of ups and downs. Sometimes, you’d know in advance that you will be rejected. I gave trials for MRF and Redbull, and was rejected multiple times. I endured injuries and I’d have back pain often,” said Anunay.