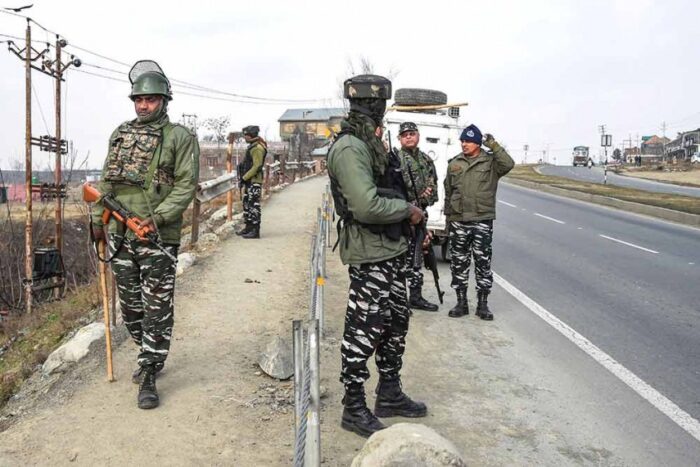 Srinagar: Averting a possible Pulwama-like attack, the J&K police and the bomb disposal squad of the Army on Tuesday destroyed an IED recovered from a car in Avigund Rajpora area.

Acting on a tip off that a terrorist was moving around in Pulwama area with explosives-laden Santro car, the police began hunt and intercepted the vehicle. A team of National Investigation Agency (NIA) has also arrived at the stop. A few rounds were fired after which the driver, stated to be a Hizbul Mujahideen (HM) militant, abandoned the vehicle and escaped.

According to local reports, the police found explosives in a drum on the rear seat. The bomb disposal squads were called in and the car was exploded by them, while a team pf police kept a watch and evacuated people from the nearby areas.

The vehicle had a fake number plate. Some reports stated that it was the number of a scooter registered somewhere in the Kathua district of Jammu zone. The case has been handed over to the NIA.

Gold prices today fall for the third time in 4 days