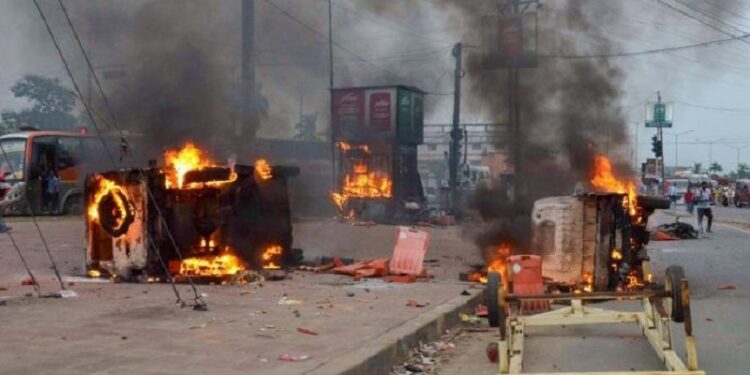 The West Bengal government on Saturday announced that the internet service will remain suspended in Bengal’s Beldanga, Murshidabad, till 6 am on June 14. Prophet Remarks Row: Internet Suspended In these districts.

Clashes erupted in Howrah over controversial remarks made by two now-suspended BJP leaders against Prophet Mohammad. In order to control the situation and maintain law and order, the government first suspended the internet services in Howrah till June 13, and now people living in Beldanga, Murshidabad will not be able to use the internet till June 14.

After Howrah district, now internet services suspended in Beldanga, Murshidabad till 6 am on June 14, to stop rumours & prevent unlawful activities. This news comes after fresh clashes erupted in West Bengal’s Howrah on Saturday. The authorities have suspended the internet in Howrah and also section 144 of CrPC has been imposed.

Meanwhile, on Friday, hundreds of protesters blocked roads and railway tracks in different parts of Howrah district over suspended BJP spokesperson Nupur Sharma’s remark. Earlier in the day, the Chief Minister of West Bengal, Mamata Banerjee slammed BJP for the violence in the state after a row over derogatory remarks of Nupur Sharma on Prophet Muhammad. Mamta Banerjee said that political parties want to cause riots in West Bengal.

IMD warned heavy rainfall alert in these states till June 22